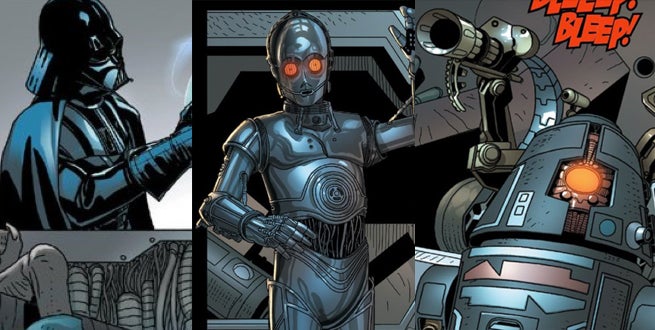 The third issue of Darth Vader from Marvel Comics is now on the shelves. With the Sith Lord trying to both deal with his demotion within the Empire's ranks and also continue to propel his own secret plans, there are plenty of opportunities for easter eggs and references. Away we go, with Darth Vader #3. 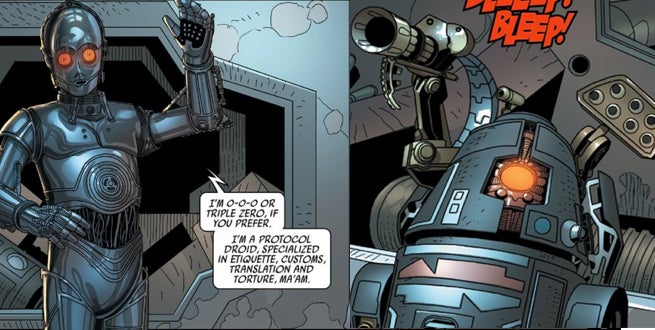 The Droids You're Looking For

More old Clone Wars tech can be seen in these pages, including a patrolling Droideka and a full platoon of B2 Super Battle Droids.

The issue also introduces dopplegängers for Threepio and Artoo. The protocol droid 0-0-0 specializes in Torture and is more than a little sadistic. BT-1 is a Blastomech, a prototype droid meant to go undercover as an astromech, while actually being an assassin. Still cute, though. 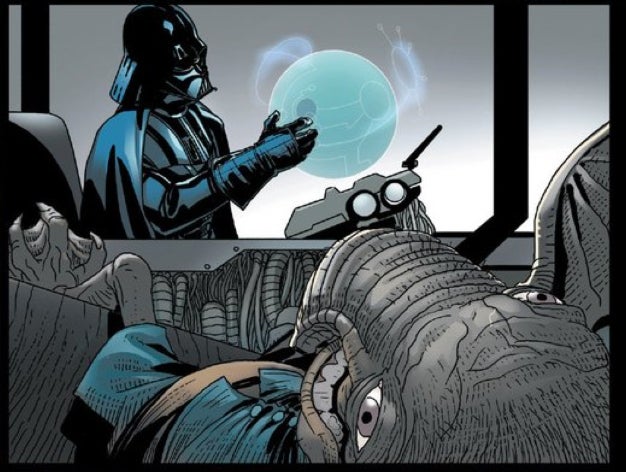 Not a ton of exotic alien species this time around. When Vader is searching for Aphra in a montage, we do see a pair of Rodians, and a Toydarian. We bet Vader had a special amount of fun torturing the Toydarian for information, after his experiences with the slave owner Watto as "little Anni."

What's that blueprint on the wall behind Ashra in her ship? Why, it sure looks like the Millennium Falcon! It is at least the same class of Corellian YT-1300 light freighter, if not the old bird herself. It's little details in the art like that that make these scavenger hunts and multiple readings so fun. There are also blueprints for an AT-AT walker on the wall, and of course, more pursuant to their current mission, a protocol droid. 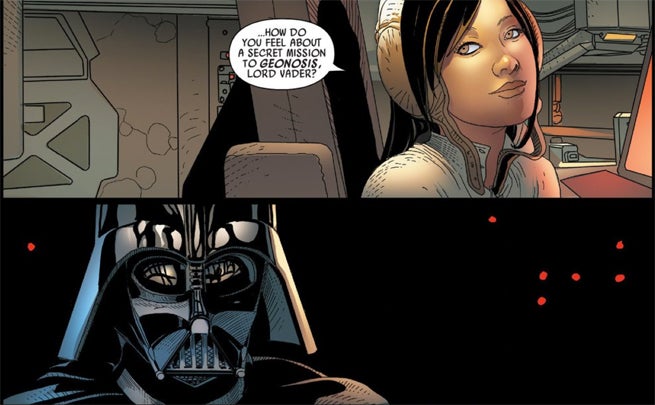 Ashra decides Geonosis is the best place to head for "troops of unquestioning loyalty." While Vader says he has "no feelings regarding Geonosis," the pause before hand sure indicates that he does. Indeed, as we've learned that Vader fully remembers his time as Anakin Skywalker, the battle of Geonosis, despite having happened two decades prior, would no doubt still weigh on his mind. He wasn't a fan then, saying it was "rotten from the inside out."