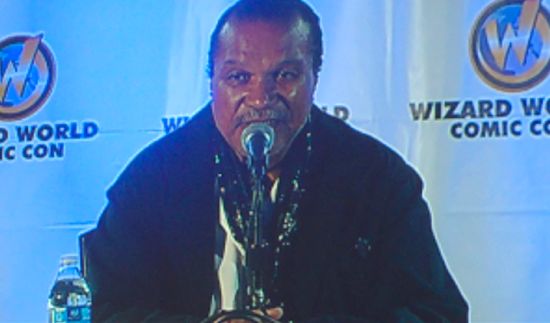 During the Wizard World Nashville Comic Con, Billy Dee Williams, who played Lando Calrissian in two Star Wars movies, was asked if he would be participating in Star Wars Episode VII.”

“Everybody wants to know that. I have no idea,” said Williams. “I don’t know what they’re doing, but they’re still just in the middle of writing all that stuff. Obviously a lot of rumors are going around, but I don’t know. But if they ask, I’m quite happy to do it.”

If Billy Dee Williams does get the opportunity to be part of Star Wars Episode VII, he has a couple ideas on how his character could come back.