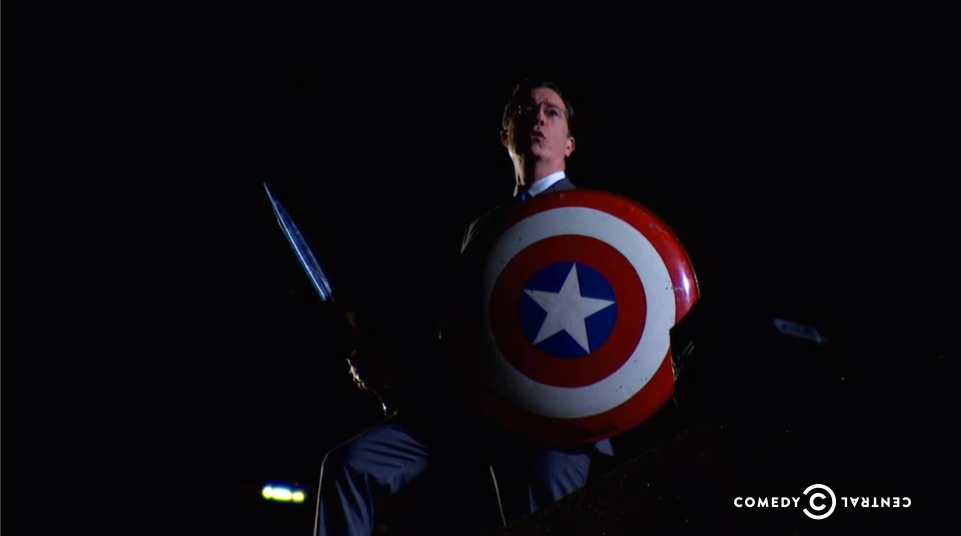 During last night's final episode of The Colbert Report, host Stephen Colbert concluded his historic tenure in the only way possible: By riding off into the unknown with Captain America’s trusty shield in tow.

Colbert received Captain America’s shield from Joe Quesada back in 2007, when Quesada appeared on The Colbert Report to discuss the "Death of Captain America" storyline. After the interview, Quesada presented the shield to Colbert, who placed it on his wall of iconic memorabilia. It remained a permanent fixture of Colbert’s studio until last night’s final episode.

It’s hard to think of a better send-off for Colbert, who discussed comic books on his show rather routinely. Quesada has appeared on The Colbert Report numerous times, while Colbert has appeared in the Marvel Universe in a back-up story in "The Amazing Spider-Man", along with two variant covers.

You can watch the final episode below.

Stephen Colbert Rides Off Into The Sunset With Captain America's Shield