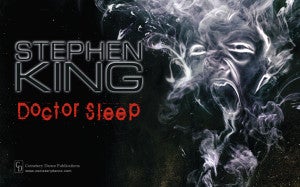 "Danny Torrance grew up. So did his demons," says the trailer for Doctor Sleep, Stephen King's long-awaited sequel to his 1977 horror novel The Shining, which inspired the 1980 Jack Nicholson film of the same name.

Wandering through the bathroom of The Overlook Hotel's notorious room 237, this trailer doesn't give anything much away in terms of plot, but sets an ominous tone for the next chapter in Danny's journey, which comes to bookstores in September.

Stephen King's The Shining Sequel, Doctor Sleep, Gets a Trailer