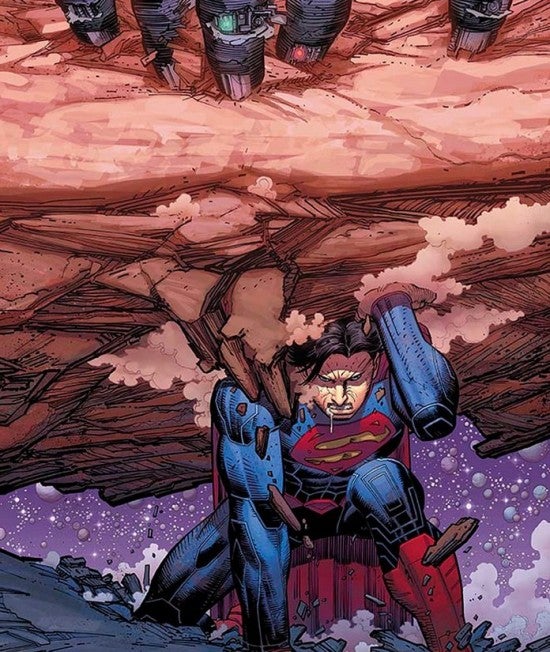 co-creator and veteran Marvel Comics artist John Romita, Jr. comes to DC Comics for the first time in June and -- in case you didn't see the big "Romita is coming!" ad in their Free Comic Book Day offering The New 52: Futures End #0 -- he's taking over the pencils on Superman. Writer Scott Lobdell will be clearing a path for his boss, DC Entertainment's Chief Creative Officer Geoff Johns, to write the series as well, creating an all-star creative team that rivals or arguably exceeds the Scott Snyder/Jim Lee team on the outgoing Superman Unchained. Thanks to Entertainment Weekly, fans can get a first look at Romita's Superman work. A five-page preview ran on the entertainment news magazine's website today, giving a look at not only Superman, but Romita's interpretations of Jimmy Olsen, Perry White and the Daily Planet newsroom, to which Clark Kent will apparently be returning after his brief stint as a self-employed blogger. Check out the preview images and solicitation text below. 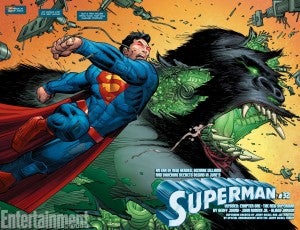 Writer: Geoff Johns Art: John Romita, Jr. and John Romita, Jr. Price: $3.99 In Stores: June 25, 2014 Publisher: DC Comics Description: "THE MAN OF TOMORROW" chapter 1! A NEW ERA for SUPERMAN begins as Geoff Johns takes the reigns – and he's joined by the legendary super-talent of John Romita, Jr. in his first-ever work for DC Comics as they introduce Ulysses, the Man of Tomorrow, into the Man of Steel's life. This strange visitor shares many of Kal-El's experiences, including having been rocketed from a world with no future. Prepare yourself for a run full of new heroes, new villains and new mysteries! Plus, Perry White offers Clark a chance to return to The Daily Planet! 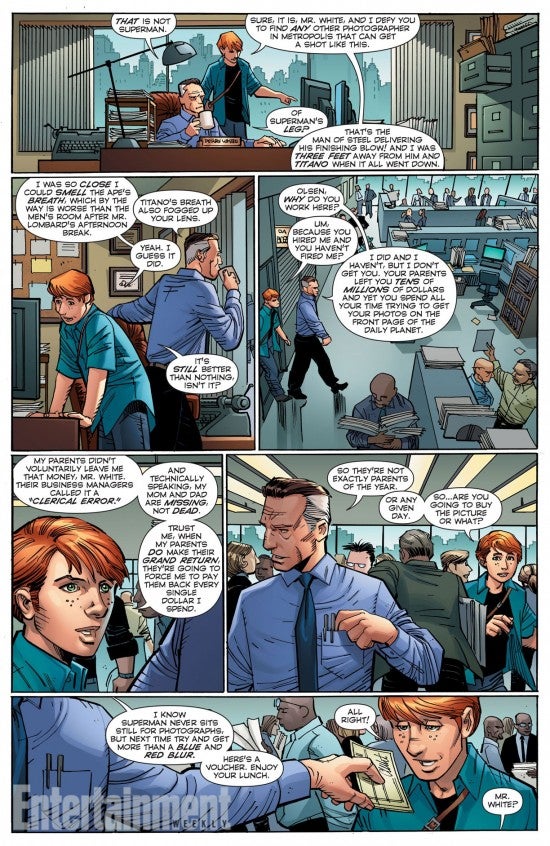 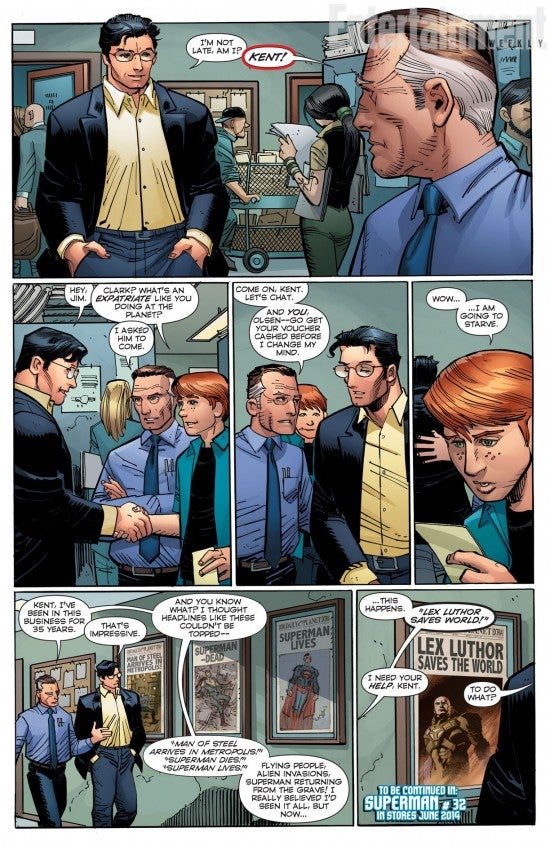