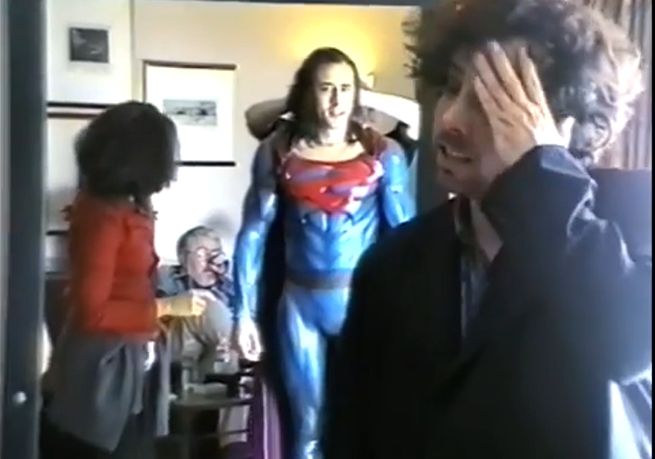 Had Tim Burton's axed Superman Lives film become reality, it would have brought numerous changes to The Man of Steel's mythos and traditions.

Dan Gilroy, the screenwriter and close collaborator with Tim Burton, illuminated one of the film's biggest departures. While Superman has always grown up with the knowledge that he is not a human, or of this world, Burton's Clark Kent wouldn't have discovered his alien origins until many years into his Superman career, Gilroy revealed to Collider.

That revelation, according to Gilroy, would have sent Superman reeling.

"This is the worst news possible. This is like my biggest fear: that I'm an alien! You walk around thinking it's a pathological thing; maybe I have a tumor that gives me strength," Gilroy explained to Collider. "But to find out you're an alien, that you're not of this planet, I smile when I think about it."

Gilroy also revealed just how close the film was to starting principle photography before Warner Bros. pulled the plug. With only "weeks" left before the first day of shooting, Gilroy said that there were hundreds of people working on sets, designs, and more, with "tens of millions of dollars" already invested in the project.

The story of Superman Lives has been a hot topic of late, thanks to filmmaker Jon Schnepp's upcoming documentary The Death of Superman Lives: What Happened? In the documentary, Schnepp pieces together the film's evolution and cancellation. Speaking with Tim Burton, Kevin Smith, and other talents tied to the film, Schnepp paints a clear picture of what Superman Lives would have been. Schnepp's documentary does not currently have a release date, but is targeted for 2015.

Superman Lives Would Have Brought A Major Twist To Superman's Origin