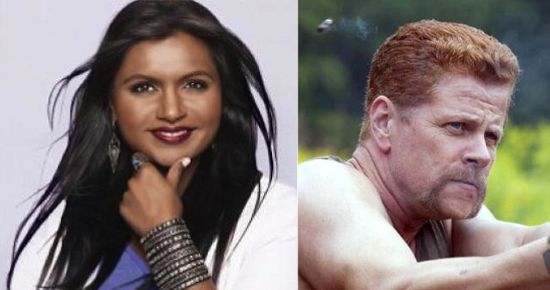 On tonight’s episode of Talking Dead, the guests are Mindy Kaling and Michael Cudlitz. Mindy Kaling is an actress, comedian, writer, and producer. She is best known for playing Kelly Kapoor on The Office. Currently, Kaling is starring as Mindy Lahiri in the FOX sitcom The Mindy Project, which is a show she created.

Michael Cudlitz is an actor, who is best known for playing John Cooper on Southland and Sergeant Denver “Bull” Randleman on Band of Brothers. Currently, Cudlitz is playing Abraham Ford on The Walking Dead.