We just got the breaking news that Terminator franchise creator James Cameron is returning to produce a Terminator reboot - a film which will be directed by Deadpool's Tim Miller.

By now, fans are all but done with the Terminator franchise. T3: Rise of the Machines, Terminator Salvation and the recent Terminator Genisys all left the fanbase exhausted with franchise staples like time-travel, John Connor's destiny, and even reappearances by Arnold Schwarzenegger.

The fact that James Cameron and the man who directed Deadpool are involved is pretty much the only fighting chance this new Terminator has right now; fans are going to need one hell of a good premise and story before they let themselves get reinvested in a Terminator movie. Luckily, we have Four Great Ideas For James Cameron's Terminator Reboot.

Last fall, we posted a pitch film called Terminator: Extermination, which told the story of the continuing future war with the machines. The concept was that after Skynet is gone, machines exist in smaller factions, no longer organized as one hive mind. As humans struggle to remain unified long enough to finish exterminating the machines, the machines begin to adapt in frightening ways to ensure their survival - like consuming humans as a fuel source.

The details of that pitch concept could be tweaked, but the basic premise of this new Terminator is strong. It gives fans brand new context and story in a setting they've longed wanted to explore more (the future war), and leaves room for the franchise to go forward into sequels, or (eventually) even back in time with the discovery of a remaining time machine.

If Cameron wants to stick close to his old work, then one way to do that would be by diving back into the mythos of the Future War he first created in the original Terminator, giving fans a deeper exploration of the events that shaped John Connor and Kyle Reese, which led to Reese going back in time to fight for a greater destiny. But rather than getting into a bunch of convoluted time travel, let's put the focus on themes like weight and obligation of survival and resistance - especially with hand of destiny on your shoulder. Like Rogue One, the deeper story of sacrifice needed to make great heroes emerge in dark times is one audiences want to see!

NOTE: Yes, we know that 3rd, 4th and 5th Terminator movies all tried (and failed) to examine what shaped John and Kyle - and what life was like during the future war. However, no fan would argue those attempts were all that valid, or should even be held onto as canon. Done right, James Cameron and Tim Miller could deliver the Future War movie fans deserve - one that wipes those other failures away forever.

Sure, at first you read that heading and all sorts of alarm bells start going off in your head; after all, time travel mechanics and paradoxes are what arguably unraveled the Terminator franchise in the first place!

However, let's once again step back and remember that James Cameron is back in the circle. T2 made great use out of time travel paradox when telling its story of causality vs. destiny - no reason to think that Cameron can't do it again, and devliver a great time travel thriller story.

If Terminators 3 - 5 also get negated as a result of some new time hopping antics, even better!

This is a crazy idea - but what if Terminator got an actual fresh start, freed from the John Connor mythos?

The only person who would really have the power (or right) to do that would arguably be James Cameron - and luckily, he's involved with shaping this project!

It could be set in present day or the future; involve a "passing of the torch" story with John Connor or just go with an entirely fresh story, but as long as it was new and fresh, fans would probably willing to give it a fresh chance. There's an argument to be made for the Connor family story being a dead horse... 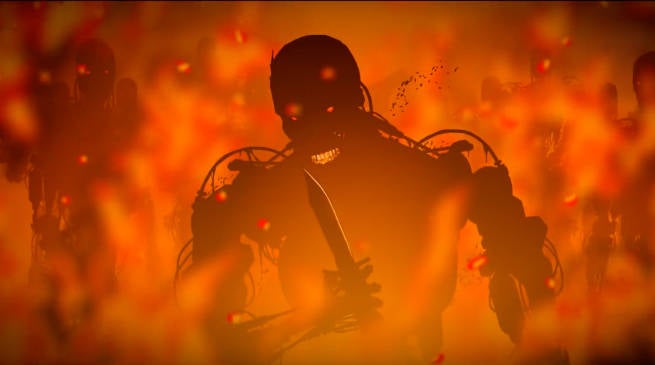