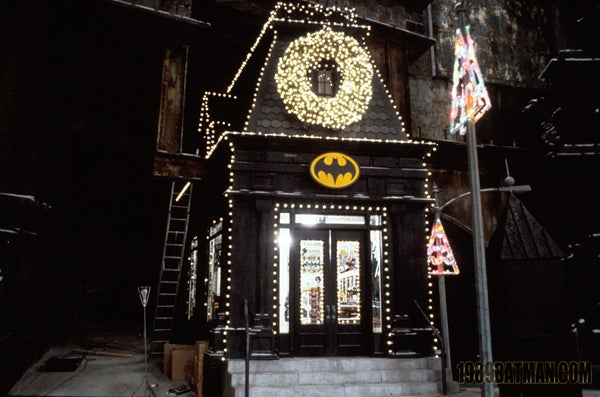 Tim Burton's Batman Returns was filled with all sorts of wacky goodness, but this unused set piece could topped everything in the sequel. Even the rocket-launching penguins.

New images have surfaced online from 1989Batman.com (via i09) of a Batman gift shop that would have sat in the heart of Gotham City, and been included in film's first act. It would have promptly been been blown to smithereens along with the rest of downtown Gotham during the Sewer Circus' opening assault on the city, but fans would have had some decent shots at the one of the coolest gift shops of all time. We know that we'd do all of our holiday shopping there.

The gift shop was even included in an early draft of the Returns script, as one of the very first things viewers would see following the opening credits:

FROM OUT OF THE DARKNESS OF THE OPENING CREDITS WE GO TO...

EXT. A STORE--EARLY EVENING OF THE CURRENT ERA

Where the Batman logo fills the frame with a portentous soundtrack boom. A playful salvo of snowballs reverberates against this image as the logo is revealed to be a hanging centerpiece in the window of a Batman merchandising store, along with Batman sleds, lunch boxes, T-shirts, and ticking clocks...

The Batman-themed shop was eventually converted into a generic department store, owned by Christopher Walken's Max Shreck character. Maybe the filmmakers decided it was too meta for the film…or, you know, the fact that Bruce Wayne's face is plastered right on the Btman arcade game. Secret identities must not matter when there's merchandise to be sold. 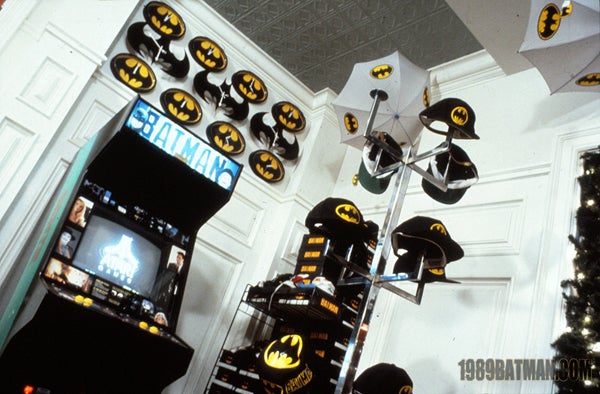 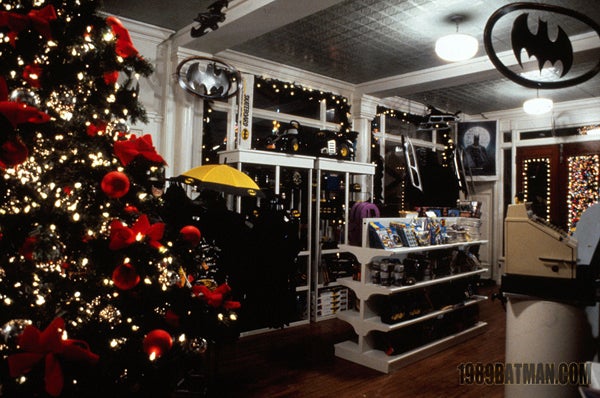 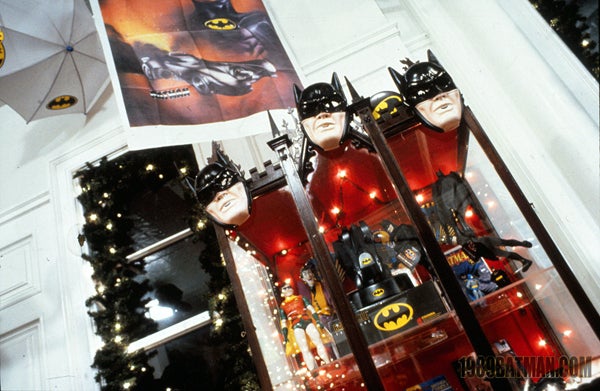 Apparently, Robin would have existed in this universe too.

The Batman Gift Shop That Never Was In Batman Returns