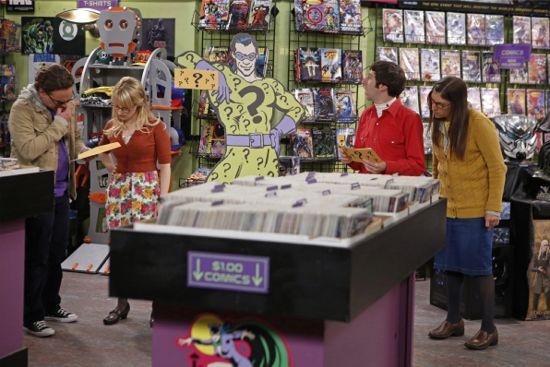 The Big Bang Theory Season 7 premiere pulled in record ratings for the series last week, attracting over 20 million viewers. CBS hopes to continue that momentum with another brand new episode of The Big Bang Theory this week, called "The Scavenger Vortex."

Here's the description for "The Scavenger Vortex": When the entire gang competes in a scavenger hunt designed by Raj, it brings out the best – and worst – in everyone>