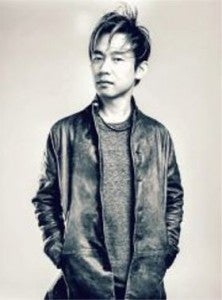 Lilli Taylor praised Wan's use of practical effects, which she feels helps the actors.

James Wan shared that people generally think he must not scare easily, because of his films, but he's a big chickens**t in reality. He likens it to a comedian needing a sense of humor.

Comparing Insidious to The Conjuring, Wan said this one was much more grounded, while the previous film was more fantastical.

A fan asking Wan if he'd be continuing on with ghost stories and added somewhat derisively "apparently with Patrick Wilson", which led to some raucous joking about that being rude and Wan saying now he's going to do a Batman film and make Wilson his Bruce Wayne, with Livingston saying, "Robin!" In the serious answer, he indicated he might have one more ghost story and would then like to branch out (mentioning comic book movies as an interest).

Asked about how the child actors handle a movie like this, Taylor said they were very stable young girls, Livingston said they were really on a 6 week slumber party (playing paddycake between takes) and Wan joking that they were such professionals, with credits like Dark Knight Rises, Twilight and World War z, that their IMDB is longer than his. Hardwick added that the audience member might be underestimating child actors and that, between takes, they're on their phones saying, "tell that hack Ron Howard that I won't work for less than mid six figures. I gotta go finish playing paddycake!"

Surprisingly, in the audience, there was an early fan question from someone who lives next door to the house the movie essentially stars (there was discussion that they took liberties with the look of the house, as the story is more about the couple (played by Wilson and Farmiga) and a late question from the parapsychologist from the University of Rhode Island that recommended the case to the Warrens, which stunned the panel.

With that last revelation, the event came to an end.