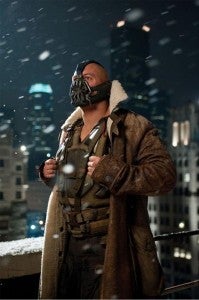 Awhile back there was an article that made the rounds on the internet that pointed out that Tim Burton’s Batman outsold The Dark Knight Rises in regards to number of tickets. The math used in the argument was based on the average ticket prices listed on Box Office Mojo, which come from the MPAA.

Unfortunately, there’s not a lot of detailed data available when it comes to the effect of 3D on the box office. However, we came across enough data to make an attempt at an estimate. While movie ticket prices vary widely across the country, we checked several markets and saw a trend of 3D ticket prices usually running $4 higher.

Depending on what the base price was in the markets we checked, the price difference as a percentage ranged from a low of 28.6% to a high of 37.2%. We averaged these two numbers and came up with 32.9% as an estimate on the percentage effect of 3D ticket prices.

We then looked around to see what percentage of box office sales were accounted for by 3D showings for movies released in 3D. Once again, the number varied greatly, but we saw a trend developing of around 50%. In fact, we even discovered that 52% of The Avengers opening weekend ticket sales came from higher-priced 3D tickets.

So, while no calculation is perfect given the limited data available, $511,671,154 is probably a pretty good estimate of where The Dark Knight Rises would be now at the box office if it was released in 3D. Essentially, Warner Bros. left $72,195,154 on the table by not releasing The Dark Knight Rises in 3D.