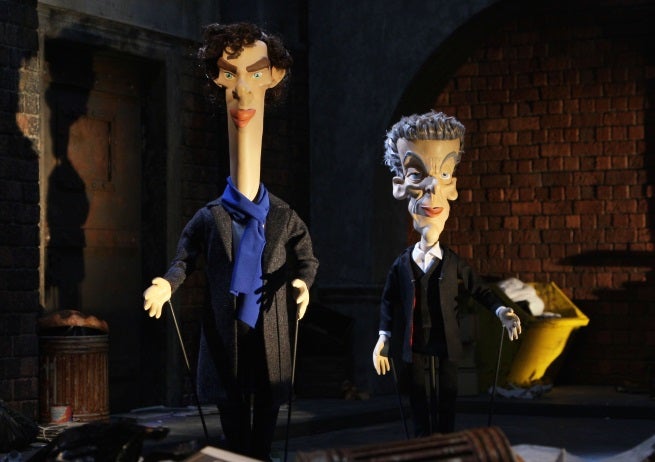 Many of Stephen Moffat's television work on Doctor Who and Sherlock have long hoped to see a crossover event that would let the two popular protagonists meet. The British satirical puppet television series Newzoids has now made that dream a reality…with puppets, of course.

The sketch (uploaded to YouTube by user Blogster Who) aired April 22. The parody sees Peter Capaldi's Doctor crossing paths with Benedict Cumberbatch's Sherlock Holmes. The two end up arguing over which show this incredibly implausible part is supposed to an episode of.

Doctor Who is currently filming Series 9, which will air this summer.

Sherlock will return for a Christmas Special in December.

The Doctor Who Vs. Sherlock Puppet Crossover Asks "Whose Show Is It Anyway?"