Although Genndy Tartakovsky might not be a household name for most people, the American animator and director has been a creative force in the animation field for almost 20 years, creating several popular cartoon and movie franchises. With a unique ability to mix imaginative concepts with slapstick humor and cinematic atmosphere, Tartakovksy's cartoons captivated both children and their parents. After a long and fruitful partnership with Cartoon Network, Tartakovksy moved onto Hollywood where he developed and directed both Hotel Transylvania and its sequel Hotel Transylvania 2. With Hotel Transylvania 2 hitting movie theatres this weekend, let's take a look back at five of Genndy Tartakovsky's career highlights:

Tartakovksy's breakout hit was Dexter's Laboratory, a slapstick comedy starring a boy genius and his destructive and dopey older sister, Dee Dee. Dexter's Laboratory set the tone for much of his later work, combining goofy slapstick humor with more subtle references that only adults could enjoy. Most episodes featured Dee Dee wreaking havoc in Dexter's laboratory, either with her ungraceful ballet dancing or with one of Dexter's latest inventions. Despite coming from a suburban American household, the shrimpy Dexter had a thick accent (of indeterminate origin) because Dexter thought all noteworthy scientists should have some sort of accent. The show also included segments featuring "The Justice Friends", a sitcom parody featuring superheroes based on Marvel's Avengers, and "Dial M for Monkey", a segment about Dexter's pet monkey, who secretly worked as a superpowered agent for a spy agency.

Tartakovsky developed the series off of two cartoons he produced while in art school in California and the show was the first to be developed out of Cartoon Network's "What a Cartoon!" program, which bundled pilot "shorts" together as a show and allowed viewers to vote on which shows they enjoyed. Other shows to come out of "What a Cartoon!" included Johnny Bravo, Cow and Chicken, The Grim Adventures of Billy and Maddy and Family Guy (although Family Guy would go through a major retooling before landing at Fox). Dexter's Laboratory was one of Cartoon Network's most popular series and broke several records for the network. New episodes aired until 2003, and the network continues to air occasionally run reruns on its sister network Boomerang.

Samurai Jack is probably Tartakovsky's greatest cartoon, featuring a noble and stoic samurai sent into the far future by the demon lord Aku, who feared his mystical sword. Trapped in the future, the samurai traveled across Earth, exploring his strange surroundings and fighting agents of Aku, who now ruled the planet. Tartakovsky conceived of the idea as a cartoon version of the 1970s Kung Fu television series and filled the show with references and homages to many of his favorite movies and television shows. Samurai Jack drew heavily from sci-fi anime sequences and classic samurai films and many episodes had a cinematic and epic feel, similar to classic films of the 1950s. The show was also unique in that many episodes had little dialogue, instead using action and non-verbal expressions to tell a story. Although the show aired for four seasons, Samurai Jack never had an official ending. Although Tartakovsky plans to finish Samurai Jack with a full length movie, Tartakovsky has yet to convince a studio to produce it. However, IDW published a 20 issue Samurai Jack comic series in 2013, featuring new adventures of the popular samurai. 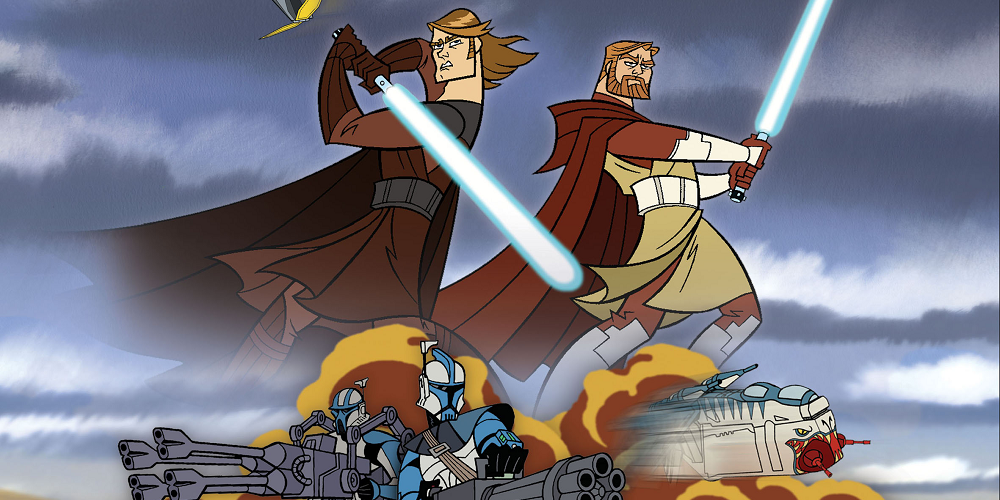 Impressed with Tartakovsky's work on Samurai Jack and Dexter's Laboratory, Star Wars creator approached the animator to develop a "microseries" set between Attack of the Clones and Revenge of the Sith to help flesh out the events of the Clone Wars, as the conflict largely occurred off-screen. Tartakovsky pitched the series as an animated version of the HBO war series Band of Brothers, with individual episodes focusing on different Jedi and battles throughout the war. Star Wars: The Clone Wars consisted mainly of 3-5 minutes long "microepisodes", which meant that each episode had to move straight to the action. It wasn't until the third and final season that Tartakovsky finally made a traditional full length episode. Notably, Star Wars: The Clone Wars introduced General Grievous and dark Jedi Asajj Ventress to the Star Wars universe, both of whom would play major roles in later Star Wars stories. When Lucasfilms revisited the Clone Wars concept for a CGI cartoon series in 2008, they re-used many of Tartakovsky's character designs for the new show, giving both series a similar aesthetic.

Tartakovsky's last project with Cartoon Network was Sym-Bionic Titan, a cartoon series that mixed high school drama and comedy with giant mecha action. After escaping from their war ravaged home world, the princess Ilana, her soldier bodyguard Lance and their robot guide Octus crashlanded on Earth and posed as high school students, hoping to hide from the traitorous warlord who took over their planet. However, when alien monsters attack Earth hoping to capture them, the trio use special battlesuits to merge into a giant mechanical Titan. Like Tartakovsky's other cartoons, the show mixed action packed sequences with humor and loving homages to some of his favorite works. However, Sym-Bionic Titan had more serial storytelling and continuity than Dexter's Laboratory or Samurai Jack, with characters and a plot that grew as the season progressed. Despite critical acclaim and a complex and layered storyline, Cartoon Network cancelled Sym-Bionic Titan after only one season. Tartakovsky claimed that the network cancelled the show because it lacked any toy tie-ins. Sym-Bionic Titan was an underrated gem, a fun and complex series with all the action of Samurai Jack but with a bit more heart and more complex characters. 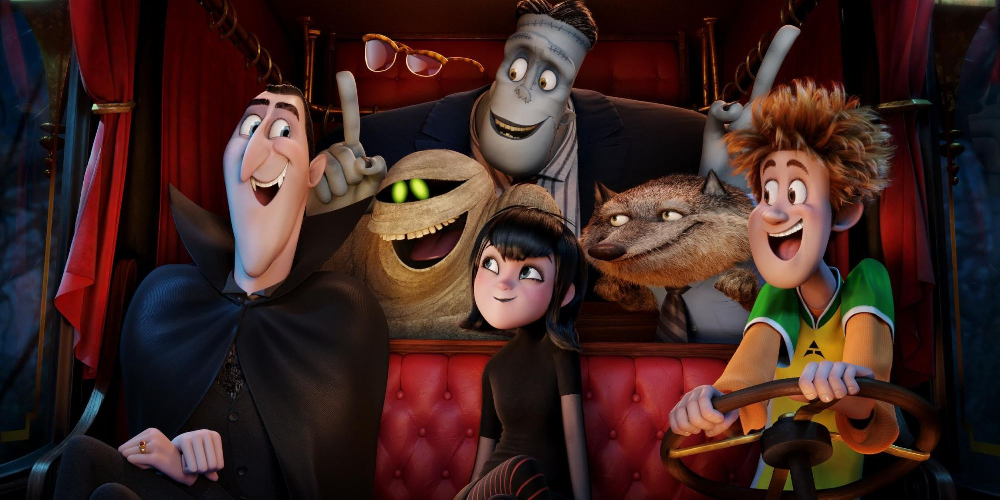 After Sym-Bionic Titan ended, Tartakovsky moved from Cartoon Network to Sony Pictures and took over Sony's long stalled Hotel Transylvania animated film as its sixth director. Although Sony had worked on Hotel Transylvania for years, the movie never moved past the script phase. After taking over the project, Tartakovsky rewrote the script, imbuing it with the same level of energy and imagination as his previous cartoons. However, the movie was still a pretty radical departure from Tartakovsky's other work, as the movie lacks any real influence from anime or his other movie inspirations and didn't appeal nearly as much to adult viewers. Hotel Transylvania was still a pretty fun kid's movie, with plenty of slapstick humor and a few laugh out loud moments, even for adults.

Despite the movie being Tartakovsky's first experience with both CGI and directing a feature length film, Hotel Transylvania was a surprise hit, earning over $350 million at the box office. Impressed with his work, Sony signed Tartakovsky to a long term deal to develop movies based on original concepts created by the animator. With the sequel now finished, Tartakovsky is now working on several new projects, including a Popeye movie and a new concept about a journey through a boy's imagination.