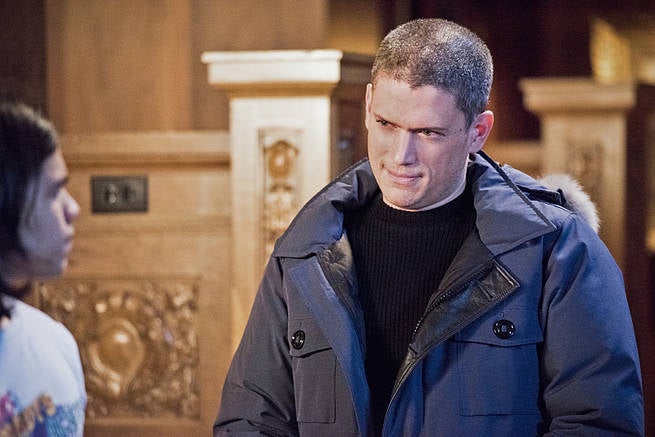 Tonight on The Flash, we got a look at how time-travel functions in the world of the CWverse...and it was a little on the vague, karmic side.

Cisco is back to life after having died onscreen last week, while Barry and Iris' relationship is a little worse for wear and...Barry has lightning psychosis? What?

Well, what were the big takeaways? Read on.

Yep! Most of those performances were nearly identical...and of course you get things like the brain-freeze joke, where they aren't specifically called out in dialogue this time but we got visual cues referencing last week.

...And why? Well, because of the decision to go to that birthday party Wells asked him about last time, apparently. That changed everything.

That line is almost exactly the same thing as what his brother said in the pilot -- that "I didn't know there were more like me." That's a nice touch.

So...is this the Rafael Santini crime family, like from the post-Crisis Batman books? Seems unlikely considering how insignificant the character was, but it's worth asking.

Hey, look! Time-travel Barry is on the treadmill!

The dynamics might be a little different, but these are the same family members from the Justice League of America's Vibe run from The Flash executive producers Andrew Kreisberg and Geoff Johns. 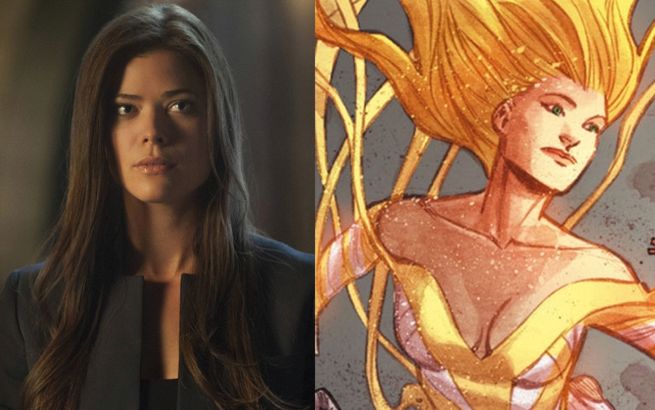 Lisa Snart is a long-running Flash villain called the Golden Glider. That "Golden" thing seems on the nose when Peyton List is wearing that super blonde wig.

And the whole "something with gold" request for the gun, obviously.

We certainly get this opposite reaction on the #Westallen thing this week as we did last. And a little bit of an explanation for it, at least.

Why does Barry need an ice pack?

Did Eddie really hit him that hard? What happened to his healing factor?

"Imagine the havoc you could wreak."

In all seriousness, though, this is a guy who killed Mason Bridges, and Simon Stagg, and who "fed" General Eiling to Grodd. Clearly he's intent on wreaking some havoc. 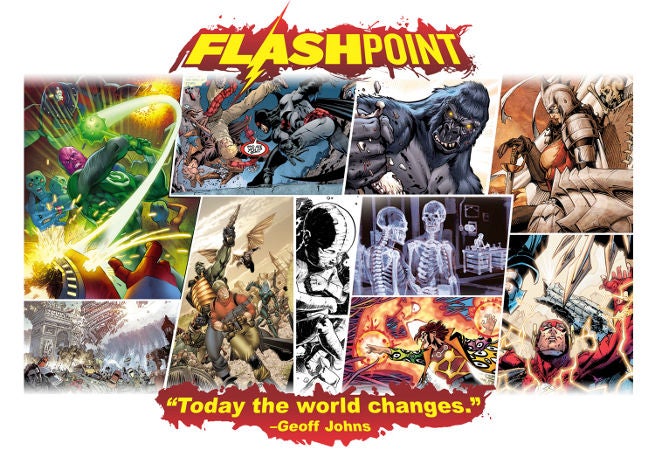 How many more people could die if your mother lives?

That's a question Barry hasn't really considered up to this point, but ultimately an important one. The world presented in Flashpoint, an event miniseries that shows the DC Universe as it would be if Barry went back in time and successfully saved his mother, is a pretty dismal place.

They've done a lot more with the secret identity concept here than they have on Arrow, where producers have admitted they find those tropes "boring."

This isn't the first time Cisco has been a serious liability to Team Flash when it came to Cold and Heat Wave. Last time, Wells threatened to send him away, and this time he left of his own volition and Wells brought him back.

"Before you shuffle off forever," says Wells. Ha ha.

And then the thing about Cisco teaching him what it's like to have a son is almost verbatim what he said last week. It's very interesting to see how closely the two scenes play out and you have to wonder whether Wells KNEW how the other timeline played out.

Knocking over the truck

At least this time it isn't the poor, victimized Blackhawk Security. But, yeah, knocking over a cash truck is how we first met Snart.

The Flash's gentlemen's agreement with the Rogues

This formalizes something that we've seen in the comics for years: The Flash and the Rogues have this kind of game that they play where they try to stop each other, but nobody gets hurt. Every so often you get mileage out of the idea that the Rogues break the agreement, although in the comics I've always had the impression it was less spoken and explicit than this...!

This actually is something I've been wondering for a while: Why haven't they tried to explain some of his secret identity issues, his personality shifts and even his time at S.T.A.R. by saying that the team is still studying him -- especially once metahumans started to arrive?

The truth will come out soon, but...Barry knows that Wells has killed Bridge in order to defend himself from whatever was coming.

Pokemon and Halloween Collide Thanks to One Mutant Pumpkin