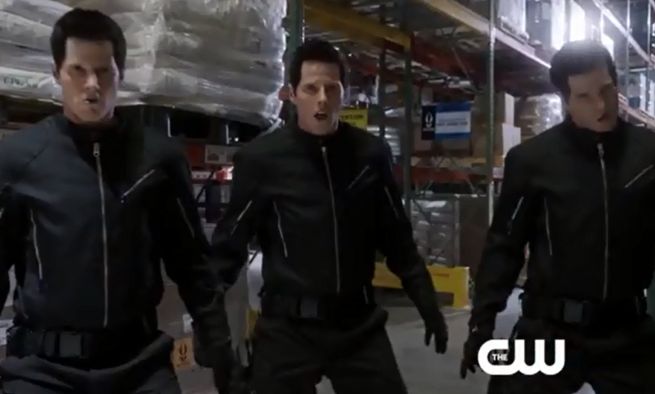 Sometimes, even "The Pilot Whisperer" has some trouble figuring out a scene.

In a newly-released video from The CW, The Flash's Tom Cavanagh reveals that David Nutter, who directed the first two episodes of the series, had a pithy, frustrated response when he asked about the challenges of filming Multiplex, a supervillain who could create energy-based duplicates of himself and who appeared on Tuesday night's episode, "Fastest Man Alive."

Even though Nutter has successfully navigated dozens of pilots including Smallville, Arrow and The Flash and directed key episodes of TV like Game of Thrones's "Red Wedding," he joked that getting his head around just how to film a scene like the one where Multiplex is everywhere at once is a bit of a challenge.

The Flash airs Tuesday nights at 8 p.m. ET/PT on The CW. The next episode, titled "Things You Can't Outrun," airs next week.