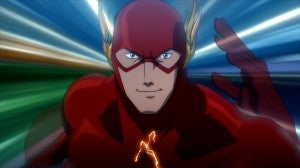 Grant Gustin, the Glee star who will appear as Barry Allen--The Flash--later this fall on The CW's Arrow, spoke with E! Online (via CBM) about the role--DC's first live-action superhero film since Smallville to actually depict someone who has superpowers. "We're going to be Barry Allen first in two episodes and then he'll come back later as The Flash," Gustin said. "I haven't actually had a chance to read any scripts yet, so we'll see." He also confirmed the same thing that's drifted down through the grapevine already: That The Flash will wear his traditional costume from the comics and not a cleverly-designed substitute a la Green Arrow's or the costumes everyone wore on Smallville. He doesn't know much else, though, and didn't even go into the process totally sure what to expect. "I know I'm coming on as up-and-coming in my field," Gustin said of the character, who is a police forensic scientist. "He's not going to be The Flash immediately, obviously....I got an audition and I was really excited and a little skeptical at first, because I'm a comic book fan. I know the character and know I'm a little young." 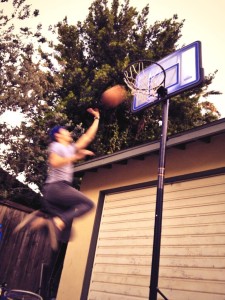 He doesn't know too too much about the character, though; he was surprised to learn about one of Barry's powers--the one that drove the plot of Flashpoint. "I didn't realize before I started doing all my research that he can actually time travel, he can run so fast," Gustin explained. "I think that'd be a really fun thing to play with on the show is him kind of going to different times and experimenting with that. That'd be fun." That would be fun. Then, even with a character who's a little too young for his role, we might get a glimpse of the future of the Flash family...!