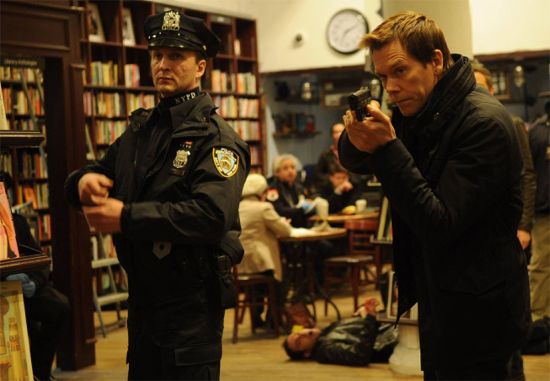 After "The Messenger" episode of The Following, Fox released a sneak preview of next week's episode of The Following, which is called "Unmasked." Ryan, Max and Weston discover information that leads them closer to uncovering the mole within the FBI – which results in complications of its own. Meanwhile, Joe and Micah execute a plan that threatens the Korban cult in order to announce a message to Ryan and the world in the "Unmasked" episode of The Following. The Following cast includes Kevin Bacon as Ryan Hardy, James Purefoy as Joe Carroll, Shawn Ashmore as Agent Mike Weston, Valorie Curry as Emma Hill, Connie Nielsen as Lily Gray, Sam Underwood as Luke, Jessica Stroup as Max Hardy, and Tiffany Boone as Mandy Lang. Guest cast includes Shane McRae as Robert, Jake Weber as Micah, Jacinda Barrett as Julia, Sprague Grayden as Carrie Cooke, David Call as Lance, Valerie Cruz as Agent Gina Mendez, and Leslie Bibb as Jana. "Unmasked" episode of The Following airs on Monday, March 17, 2014 at 9 PM ET on Fox.