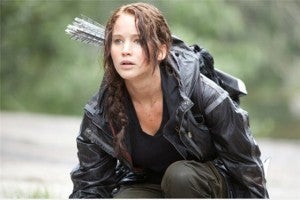 Yes, I know that headline might seem a bit puzzling, but it all makes sense.  Perhaps for the better, especially to those who have read all three books in the Suzanne Collins penned trilogy, Lionsgate officially confirmed today that there will be not two, but three more films on the way to follow up the smash film The Hunger Games.  Fans of the Jennifer Lawrence-starring vehicle already knew that Catching Fire, the second in the series, would land in theaters on November 22, 2013, but confirmation came today that the studio will be making two films out of the third and final chapter in the series, Mockingjay. Mockingjay: Part I will be released on November 21, 2014, with its followup, the creatively titled Mockingjay: Part 2, following the next year on November 20, 2015.  Fans of the book series have been discussing just how the next films will handle the bloody, and action-filled, last book, as a lot does occur in that book.  Perhaps they will get their wish in these two follow-ups.  The next question arises then: will the film keep its PG-13 rating, or will it advance to R territory to capture the full impact of the novel?

The Hunger Games: THREE More Films on the Way