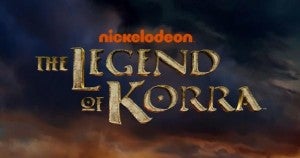 This week's episode of The Legend of Korra was a special one hour event that told the story of the very first Avatar. Korra washes up on a remote island, bereft of her memory, and needs to connect with her past lives in order to heal herself. She ends up in a deep dream state, seeing visions of past Avatars telling her that she must find Raava. She next sees a young boy who tells her that he is not Raava, but that he is Wan, and that he will tell her about how he became the first Avatar. This two-part episode uses a different kind of animation style, one evocative of ancient Asian art. Its a nice fit for a story that feels so much like a creation myth for Korra's world. Wan (voiced by Steven Yeun from The Walking Dead) turns out to be a peasant boy and good-natured thief living in a city on the back of a great lion-turtle. The city is ruled by and elder name Chu who hoards food for his family leaving the powerless to starve. Wan decides to find power of his own by joining a hunt for food in the spirit wilds. The great lion-turtle gives him the power of the element of fire for the purpose of the hunt, but Wan does not give it back as he is supposed to. Instead he uses it to try to overthrow Chu. When this fails, Chu banishes Wan from the city, but Wan manages to convince the lion-turtle to allow him to keep the power of fire. Wan wanders the spirit wilds, barely surviving, for some time before he finds an oasis where many spirits come to bathe and relax. The spirits march into the oasis much like the spirits entering the bathhouse in Spirited Away. Unable to sneak in, Wan decides to move on, but is granted access to the oasis after defending a captured lion-deer from hunters. Seeing a kind of selflessness in Wan that he hadn't seen in humans before, the spirit takes Wan into the oasis so that he may heal. Wan stays there for some time, learning the ways of the spirits. Eventually, Wan decides to move on and find the other lion-turtle cities that he has heard about. He journeys with the lion-deer he saved and travels far before ending up in a valley where two great spirits are fighting, one bright and the other dark. The battle is destroying the valley around them and so Wan steps in to try to end the struggle. The dark spirit asks Wan to free him and end the 10,000 years of suffering that he has been forced to endure at the hands of the bright spirit. Wan does so, unknowingly releasing Vaatu, the spirit of darkness, corruption and chaos, from the control of Raava, the spirit of light, balance, and peace. Raava scolds Wan for his actions, telling him that he may have just doomed the world to destruction, before leaving to try to track Vaatu down. 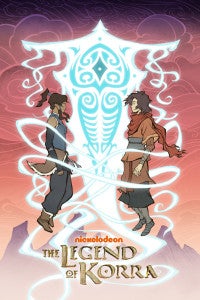 Wan moves on, eventually finding a lion-turtle city that floats in the sky. This lion-turtle grant its people the power of the element of air and humans here peacefully coexist with spirits. Then Vaatu arrives, corrupting the spirits so that they attack the humans. Wan tries, fruitlessly, to defend the people until Raava arrives and drives Vaatu off. Wan wishes to make right for releasing Vaatu, so he asks the lion-turtle to grant him the power of air. No human had ever possessed two elements at once, so Raava must hold the power herself. She agrees, and together they begin Wan's journey to the other lion-turtle cities to gain the power of water and earth, and then his training to master all elements and defeat Vaatu. Raava explains a little bit of the history of spirits, how they came to the physical realm from their own world through portals where the two worlds crossover at the north and south pole. That is where she battles Vaatu every 10,000, during the harmonic convergence, to keep the world from being destroyed. During training, Wan and Raava encounter a battle between Wan's human friends from his old city – who were inspired by Wan to go out into the spirit wilds to live on their own – and Wan's spirit friends from the Oasis. Wan tries to talk the two sides down, but Vaatu arrives and enrages the spirits. Wan tries to hold both sides back, finally calling on Raava to merge with him, allowing him to wield all four elements at once. This spectacle stops the fighting briefly, but for Raava to remain within Wan for too long would kill him, so they separate and the humans are killed by the spirits. Raava is left in an incredibly weakened state as the harmonic convergence draws near. Finally, the harmonic convergence arrives and Wan and Raava meet Vaatu at the portal to the spirit realm. Wan battles Vaatu, but it quickly becomes clear that he cannot defeat Vaatu on his own. Raava merges with him again and the battle becomes the most epic and beautifully choreographed action scene that the series has seen since Aang's battle with the Fire Lord in the finale of The Last Airbender. Raava, again, reminds Wan that staying merged for too long may kill him, but Wan realizes that none of that will matter if they don't stop Vaatu now. When Wan is on the brink of defeat, he reaches into the portal, bathing in its spirit energy and permanently joining himself and Raava. As one, they beat back Vaatu using all four elements, finally using all four to trap Vaatu within the spirit realm and close the portal so that no mortal can free him. Wan returns to the physical realm. The spirits are sent back to their own realm with the promise that Wan would be the bridge between the two worlds. With the world changed and humans no longer needing their protection, the lion-turtles fades from the world, granting no more humans the powers of the elements. Wan makes it his personal quest to use Raava's power to teach the different people of the world to live together in peace. Wan eventually dies, and there is still darkness and strife in the world. Raava promises him that they will be together for all of his lives. Korra awakens, her memory restored. She realizes that she must close the portal to the spirit realm before the harmonic converge. Her healers gift her an air bison – one of several they have been raising since before the Hundred Year Way – and she leaves the island. This two part event is a high water mark for The Legend of Korra, and, arguably the best episodes of the series so far. In addition to being a tightly written and beautifully animated one-shot origin story for Wan, the first Avatar, it also provides some well crafted world-building for the Avatar mythos. Fans got to see the origin of so many of the Avatars traditions and powers – where the ability to bend multiple elements came from, the first animal companion, the first journey around the world, the origin of the Avatar state – and its all done without stalling the overarching plot of Book Two since it also introduces Vaatu, who is presumably the "big bad" of this Book. Its a wonderful journey from start to finish and will remind fans why they fell in love with this series in the first place.