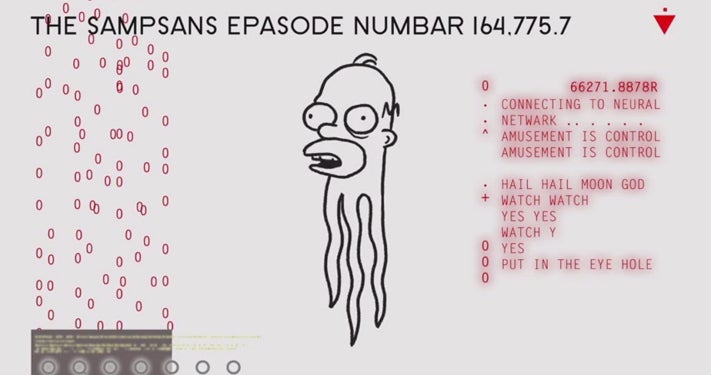 In addition to featuring the death of a recurring character, last night's season premiere of The Simpsons also featuring one of the show's most interesting couch gags.

The couch gag for "Clown in the Dumps" was animated by Academy Award-nominated animator/filmmaker Don Hertzfeldt, and looks into the far, far future of The Simpsons, with a surprisingly self-aware and transhuman sensibility.

The Simpsons Couch Gag Shows The Bizarre Simpsons Of The Future