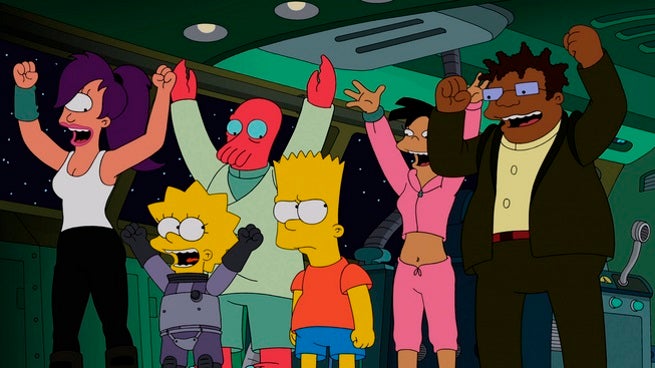 A new episode of the The Simpsons, "Simpsorama," airs tonight on Fox.

In a special crossover episode, Futurama's Planet Express crew comes to present-day Springfield to prevent the Simpsons from destroying the future.