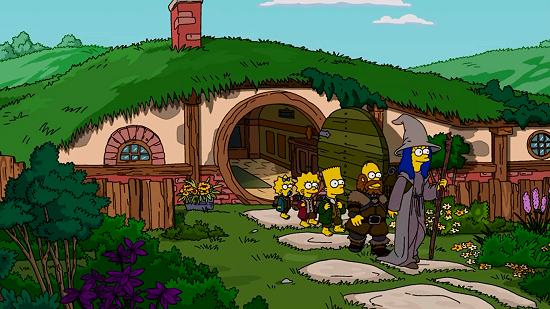 The couch gag from this week's episode of The Simpsons, which puts the family in the context of The Hobbit, is now available online.

The gag, which will run on this week's episode titled "4 Regrettings and A Funeral," gives us just over a minute and a half of The Simpsons...Middle-Earth style.

My personal favorite is what they did with Smaug.

The couch gag comes just as Warner Home Video preps the release of The Hobbit: An Unexpected Journey's Extended Edition, which is currently available on iTunes and will come to Blu-ray on Tuesday. Look for ComicBook.com's review of the iTunes special features later today.

Check it out below. The Simpsons is on Sunday night at 8 p.m./7 p.m. Central on Fox.