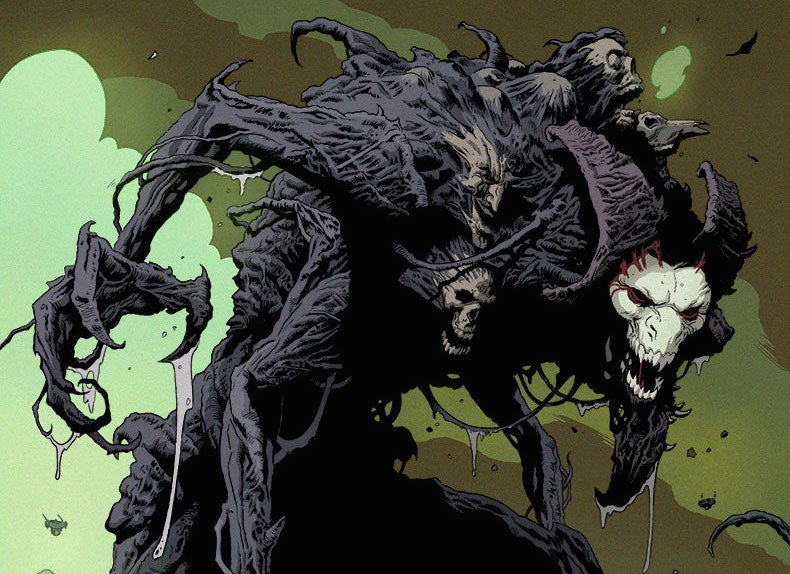 Valiant Entertainment has released their first look at The Valiant #3, the third installment of the four-issue prestige format miniseries starring the Valiant Universe’s biggest players.

The series finds X-O Manowar, The Eternal Warrior, Bloodshot, Ninjak, and more uniting against the Immortal Enemy, a destructive force that’s stalked the Valiant Universe for—literally—all of time. With the new Geomancer locked in its sights, the Immortal Enemy will stop at nothing from eradicating her and all life on Earth. The series' already massive scope widens when the Harbinger Renegades, The H.A.R.D. Corps., and Doctor Mirage enter the conflict, igniting a true universe-spanning event.  Those are some pretty dire stakes. Hopefully, Armstrong can lighten the mood with his soused sense of humor.

Written by Jeff Lemire and Matt Kindt, and illustrated by Paolo Rivera, The Valiant has the makings of—in our opinion—a terrific feature film. It’s epic, ambitious, and above all—accessible to anyone interested. You can check out the preview below.

The Valiant #3 hits stands on February 18th, while the Valiant #2 arrives on January 21st.

Among Us Teases Next "Big Update"