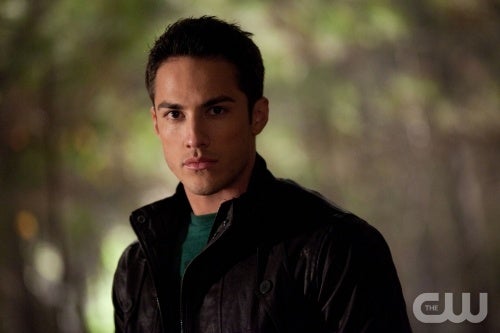 star Michael Trevino (who plays Tyler on the hit CW vampire drama) confirmed for Entertainment Weekly today that his will be the first character to cross over into the show’s New Orleans-set spinoff, The Originals.

His character had appeared just once in season five before he left again, sticking around only long enough to officially end his relationship with Caroline. Trevino assured fans that will be addressed.

"A lot of fans are upset that Tyler has made the decision to leave as soon as he shows up. I’m getting a little bit of flack for it on the Twitterverse here," Trevino told EW. "I just want to say everything will be explained, and I think Tyler will make it good once he shows up to The Originals…. I think everybody will be happy with Tyler’s reasoning when they see what he’s been up to and what he has planned."

About Klaus, who is at the center of The Originals, Trevino added, “Tyler’s been dealing with Klaus for a few seasons now, and it’s always a scary feeling. But you’ve got to think at this point, because Klaus is so powerful, that he kinda maybe deep down inside likes Tyler and likes messing around with him because it gives him something to do. Klaus is just so powerful, I figure he doesn’t want to be bored all the time. If he had Tyler hunting him every now and then, a part of him might like that a little bit.”

The Vampire Diaries Crossover With The Originals Confirmed