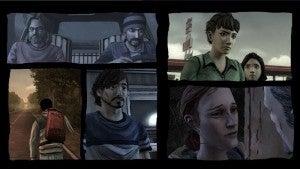 This week sees the release of The Walking Dead: 400 Days from Telltale Games, and to celebrate, the game publisher has released a launch trailer, which is embedded below.

The game is a follow-up to Telltale's best-selling and award-winning The Walking Dead video game, set in the world of the comic book series by Robert Kirkman and Charlie Adlard.

While Season Two is coming, though, that's not what this is. Featuring five interwoven stories, 400 Days is a new DLC episode for Season One.

According to the trailer's YouTube page, the release dates for are as follows: