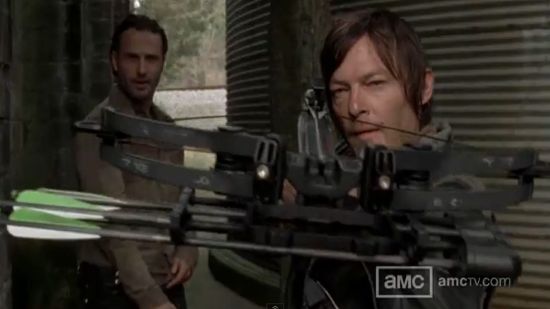 Comic book adaptations The Walking Dead and Breaking Bad, as well as Comic Con International favorites Game of Thrones, Breaking Bad and The Big Bang Theory are among the year's top TV shows, according to users on the popular movie website Internet Movie Database.

The link, shared by Arrow's Stephen Amell on Facebook earlier today, purports to be "The top 10 TV shows for 2013, as rated by users of IMDb. These rankings are not based upon critical assessments or box-office performance but the actual pageviews by more than 160 million unique monthly users of IMDb.com."

And while pageviews may not be an indicator of quality, per se, each of the top ten shows is one with a strong fan following and those millions of pageviews have resulted in average ratings above 8 (out of 10) stars for each of them. Compare that to other ratings successes like Two and a Half Men or even Marvel's Agents of S.H.I.E.L.D., both of which score a 7.2.

Here's the top ten, in the order they appear on the page:

The Walking Dead and Arrow Among Year's Top TV, According to IMDb Users