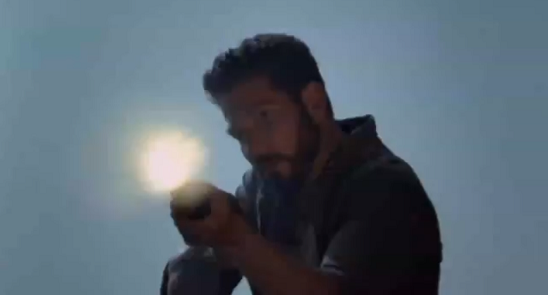 In one of the most shocking moments from The Walking Dead midseason 3 finale, Rick Grimes hallucinated where he thought he saw Shane Walsh back from the dead.

However, in the hallucination, Shane was sporting a beard for some reason. During the Talking Dead, a caller asked Robert Kirkman why Shane had the Wolverine look going. Kirkman said, “I like to dodge things, but I’ll actually answer, and I’m going to answer honestly, despite my feelings to otherwise. Jon Bernthal is a huge actor now. He’s in movies and stuff, and he was actually filming a Martin Scorsese movie. What’s it? Wolf and Wall Street or something, I don’t know, but it’s going to be good. And he had a beard for that role, and we could not get him, like contractually he couldn’t shave it.”

Kirkman continued, “And so we spent like weeks in the writer’s room going ‘Well, was he going to have the shaved head? Or was he going to have a beard? I don’t know what’s going on here.’ Then, we ended up figuring out the whole like this other guy has a beard and that’s why. And it actually makes the scene that much better.”

The Walking Dead: Why Shane Has A Beard