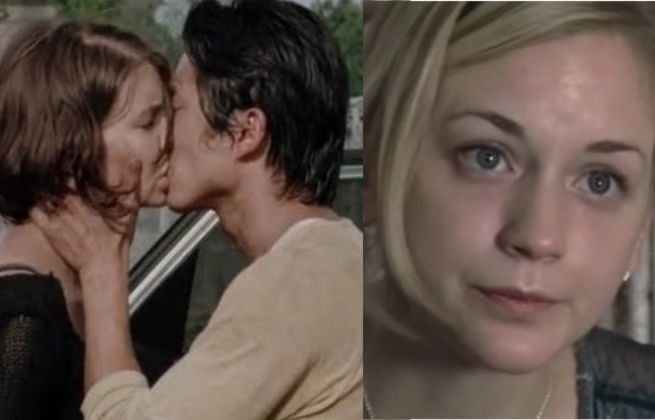 Robert Kirkman, creator of The Walking Dead, has gone on the record to answer one of the series' most frequently-asked questions.

During the fourth season of AMC's The Walking Dead, the group of survivors at the center of the hit zombie drama were separated, resulting in a brief period of time where they were split into groups of between one and four people each. Almost all of them have since reunited, but Beth Greene -- sister to Maggie -- remains missing. She was "save-napped" by a group of survivors who operate out of a hospital and use its resources to rescue injuried or imperiled people and force them to "earn" their rescue, food and shelter by working to keep their makeshift community going.

Since Maggie spent every waking moment following the group's separation desperately searching for her husband, some fans questioned why she didn't seem concerned about Beth, but it was an understandable arrangement of her priorities -- especially since the character repeatedly espoused a belief that if they could just find him, everything else would fall into place and they'd find the rest of the group together. While Beth has since been trained by Daryl Dixon to be self-sufficient, there would have been no reason to believe a year ago that finding her would make you a more effective unit.

Once the group was reunited, though, and Daryl told Maggie that Beth was alive, the frequency and volume of criticisms leveled at the character has increased from fans.

"It's definitely something that will be explored," Kirkman told The Hollywood Reporter. "Maggie is aware that her sister is out there. Because of the nature of this world, she is probably a little bit more willing to admit that she is more than likely dead than Daryl is. That's Daryl's M.O. Daryl is somebody who wouldn't stop looking for Sophia. He is not somebody that is going to accept reality in the way some of these other characters will."

That syncs up, more or less, with what Steven Yeun, who plays Maggie's husband Glenn Rhee on the series, told us last month.

"It's not that they're not thinking about that and it's not that they're not addressing that, but it's that they have more pressing problems at that particular time which inhibit them from getting on that mission," Yeun told us just before the season premiere. "And you've got to also think, at one point are people making peace with things or at what point are people not bringing these things up because you don't know what the other person's fate is? It's this incredible world that we live in that the audience is able to know that Beth was alive with Daryl at that time, but as a character, you don't know what's happening. You're blind and if you're living in this world, you're probably assuming that she's gone."