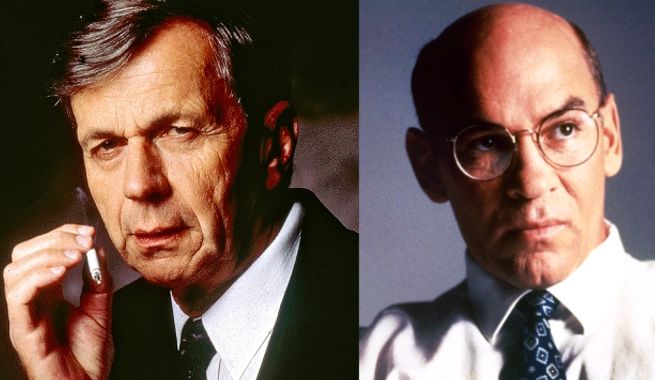 Former FBI Director Walter Skinner (Mitch Pileggi) and CGB Spender, the Cigarette-Smoking Man (William B. Davis) will join David Duchovny and Gillian Anderson in the forthcoming revival of The X-Files, David Duchovny confirmed during an interview on The Late Show With David Letterman.

In a clip from the episode, which will air later tonight, Duchovny said that he, co-star Gillian Anderson, Pileggi and Davis would return, although he didn't say much more about the new episodes.

Both characters have played a role in The X-Files: Season Ten, a series from IDW Publishing and writer Joe Harris. That series was meant to be canonical when it was announced, and so it will be interesting to see how well the new TV show correlates with the events of the comic.

If they don't take an explanation from the comic, it will be interesting to see how CGB Spender is explained as having survived his apparent (and somewhat excessive) death in the series finale in 2002.

While the Cigarette-Smoking Man did not appear in The X-Files: I Want to Believe, the 2008 feature film based on the franchise, he played the role in a 2004 video game...and also played the character during a brief fantasy sequence in 2001's Jay and Silent Bob Strike Back.