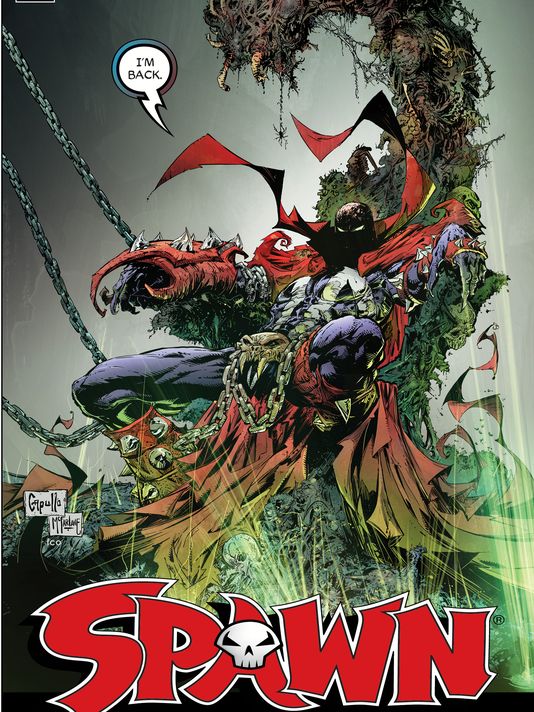 In the age of reboots and renumbering, 250 issues is a true landmark. And Todd McFarlane is making sure nobody forgets it.

That's why #250 of McFarlane's signature comic, "Spawn," is getting the grand treatment with a new creative team, an accompanying anniversary special, and the return of the anti-hero's original alter-ego, "USA Today" revealed.

"We're back, we're resetting the machinery and let's see what can happen out of that," McFarlane told the newspaper

The anniversary issue, which ships in February, will mark another Spawn homecoming. Current Batman artist Greg Capullo, who drew 80 issues of "Spawn" in the 1990s, provided the issue's cover.

In his conversations with Wood, McFarlane told "The Massive" and "DMZ" scribe that, "You will be doing your job if every reader says, 'This is awesome! I don't get why Todd didn't do this years ago.' Make me be the dumbest guy who's ever written the book," he told "USA Today." When Wood and Meyers take over the title, they will bring back Al Simmons, who will reclaim the mantle of Spawn after sitting more than 50 issues on the sidelines.

On top of a triple-sized anniversary issue, readers can welcome writer Brian Wood and artist Jonboy Meyers to McFarlan'es world with "Spawn Resurrection #1." The the creative pair will then hop on board Spawn #251 as the series' new creative team.

The celebrations don't end there, however. McFarlane also told "USA Today" that starting in 2015, Image will finally digitize the the entire "Spawn" library, making it available to download for the first time. And in a call back to a pre-internet comics industry, McFarlane is letting fans submit their own Spawn art in a pinup contest. The entry with the most votes will be featured in the anniversary issue, McFarlane said.

This is only the beginning of McFarlane's plans for Spawn, who has generated a live-action movie, an HBO animated series, and line of toys and collectibles. The creator said he wouldn't be satisfied until he surpasses the now-coveted #300 mark held by Dave Sims' "Cerebus."

"I have to have that record, too," McFarlance told "USA Today."