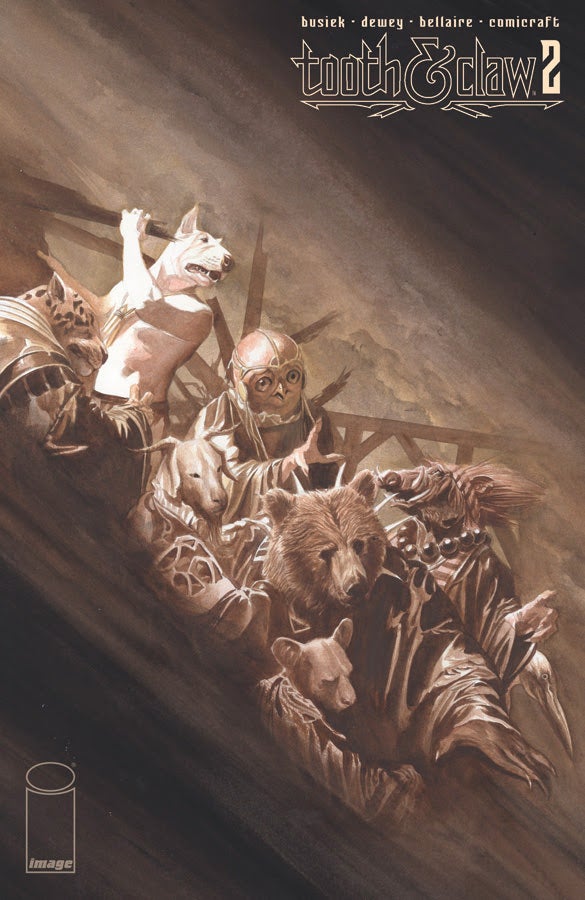 Ross, a frequent collaborator with Busiek on Astro City, is painting a bit outside of his wheelhouse on this cover, the writer acknowledged.

"It's an unusual subject for Alex,” added Busiek. “But he's painted such a wild range of stuff for Astro City that I was sure he'd do something amazing. So I showed him the art to the first issue, and he was glad to join in. And he really outdid himself, I'd say—it's a gorgeous, moody cover that really encapsulates what's going on in this world."

"The world in Tooth and Claw is kind of a quasi-medieval fantasy, joined with classical designs,” said Ross. “That made me think of paintings like The Raft of the Medusa, and I wanted to capture that feeling, with the characters and situations from the series. Although really, the only reference I had was the Pogues album, Rum, Sodomy & The Lash, so in a way, that was my reference and my inspiration."