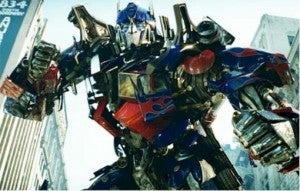 End of the road, Megatron!

Transformers director Michael Bay has confirmed that he'll leave the franchise after the currently in-development fourth installment is finished, according to an interview with the Los Angeles Times' Hero Complex blog in promotion of Universal Studios' new Transformers ride.

He also told the site that the idea isn't to wrap the series but instead to set the franchise up for "the next guy," although it's unclear whether either Bay or the studio has any particular idea for who might follow his act.

Bay's Transformers films have been polarizing; while all three installments of the series have been massive box office successes, they've been met with fair to poor critical reviews and a number of complaints from Transformers fans who don't like the way their favorite characters have been portrayed.

Transformers 4 Will be Michael Bay's Last