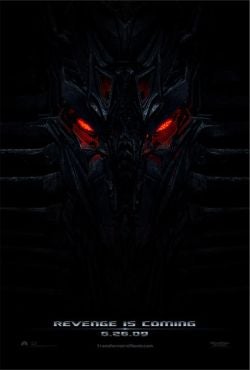 On Monday, Paramount Pictures announced that Transformers 3 will be released in theatres on July 1, 2011. So, let us review the three-quel’s checklist. Officially, Transformers 3 has no director, no Shia LeBeouf, and no Megan Fox. The film doesn’t even have a screenwriter or a basic plot outline. But it’s got a release date? What gives? According to a Variety report, Paramount had to make a commitment for a spot in the coveted 2011 Independence Day weekend or face having to release the third Transformers film during a lower profile weekend. For Michael Bay, director of the first Transformers film and its sequel due later this summer, the July 4th part of the release date for the franchise’s third installment sounds right. He’s just a little confused about the 2011 part. After the news about the release date broke, Bay quickly issued a statement on his blog calling studio execs out. "Paramount made a mistake," Bay wrote yesterday. "They asked me on the phone, (and) I said yes to July 4 (weekend) -- but for 2012. Whoops, not 2011!” Bay went on to say that in order for the third film to be released in 2011 according to Paramount’s timeline, he would have to begin work this September. A rushed schedule is something that Bay is just not ready for, writing, “My brain needs a break from fighting robots.” Expect Paramount to issue a new release date for Transformers 3 sometime in the near future.