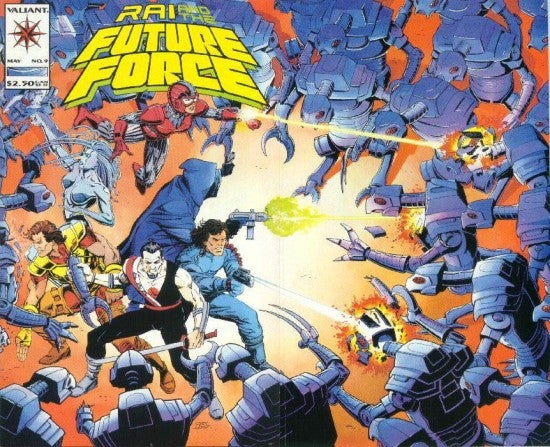 A recent announcement that Eternal Warrior will head to the distant future in an upcoming storyline led many fans to suspect that Rai and the Future Force might be returning to Valiant Entertainment's comic book line soon.

The publisher will confirm those plans today, when an ad for a new Rai story appears in the back of Unity #1, the publisher's biggest release of the year.

Rai is the spirit guardian that protects the nation of Japan in the 41st century. It is a mantle passed down from father to son through the generations. As such the original series chronicled a number of protagonists. It's likely that the "Future Force" will be dropped from the eventual title of the rebooted series (it doesn't appear on the ad). In the original series, the book launched as Rai and the team name was added after a major storyline, not unlike what Valiant just did with Bloodshot and the H.A.R.D. Corps.

Valiant to Reintroduce Rai in 2014