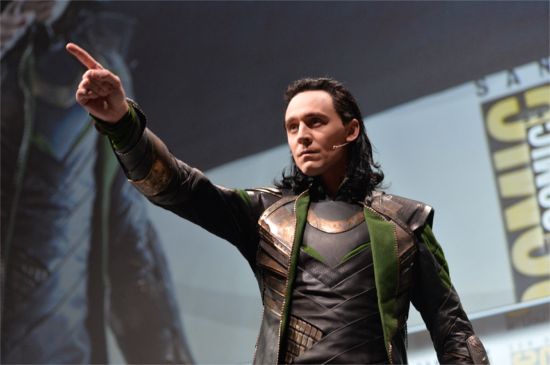 As Marvel Studios President Kevin Feige talked about Thor: The Dark World, the lights went out in Hall H. Suddenly, Loki’s voice could be heard ringing out through the darkness, “Humanity, look how far you’ve fallen. Lining up in the sweltering heat for hours, huddling together in the dark, like beasts.” Then, the lights flickered on to reveal Tom Hiddleston standing on stage in character as Loki.

In addition to video of the epic Loki kick-off to the Marvel Studios panel, we’ve also embedded a second video, which shows the entire Marvel Studios panel. It includes presentations from the casts of Thor: The Dark World, Captain America: The Winter Soldier, and Guardians Of The Galaxy. Unfortunately, the only thing not included in the video is the trailer footage that was aired during the panel, as Marvel Studios did not allow for filming of the footage.

However, the video does include the surprising last minute appearance by Avengers director Joss Whedon.