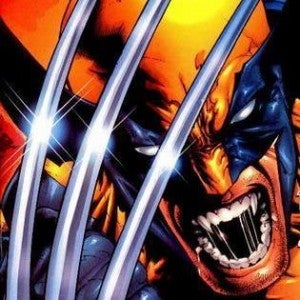 The new year is a time of change and growth and, for many, a time to assess their lives and try to do things a little differently, maybe even a little bit better, in the year to come. For superheroes, it's no different. After all, how do you think Barry Allen decided to screw up the whole universe, if it wasn't that one day he steeled himself and resolved to do better by his mother? Mommy issues notwithstanding, we talked to some of your favorite characters to see what they're resolutions are for the new year and how they plan to make their universes a better place in 2012. "I've got to get out there more," Wolverine told ComicBook.com. "I mean—sometimes I feel like I just don't do enough, like there's not enough of me in the world. I want to really make a difference, and be sure that everybody knows my name." He'll certainly have that opportunity in 2012, as his solo title and the number of team books he stars in will expand to include Avengers Vs. X-Men, where he will presumably have a featured role. 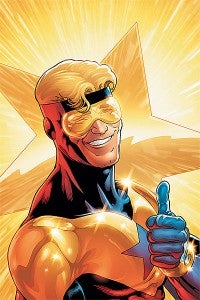 One hero who's right on board with Wolverine is Booster Gold. Jon Michael Carter, a spokesman for Booster Gold, Incorporated, issued a statement on behalf of the hero, saying, "It's a priority that Booster Gold Inc. expand its market presence in 2012. It may seem to keen observers like Booster has been distracted by side projects in recent years which, while vital to his brand identity, brought very little to the table in terms of media presence and marketability. While such 'side projects' are impossible to completely eliminate, it's the intention of Booster Gold and Booster Gold Incorporated to ensure the best possible value for Booster's sponsors by making a big splash in the coming year." Meanwhile, former WildStorm mainstay Grifter says he plans on going the other way. "As a wanted man, with law enforcement agencies, alien menaces and second-string superheroes on my ass pretty much nonstop for the last few months, I think it's time I took some time for myself. I'll come out on the other side refreshed and with a smile on my face, better able to really serve my community. The purpose of having a smile on a face that's completely obscured by a bandana was not immediately clear; Grifter did not return calls for a follow-up comment, but the FBI and S.H.A.D.E. have made it clear that he is currently using disposable, "burner" cell phones and that they found the one we called him on shattered, at the bottom of a DumpSter, in Seattle. ComicBook.com thanks Grifter for taking the first call, but is truly vexed as to why he consented to an interview. "Resolutions?" The Darkness laughed when asked what he planned to do differently in 2012. "I'm gonna change everything I can, but do you really think I need changing myself? I've got a video game coming out!" Declining our request for an interview was Batman, co-founder of the Justice League and a member of at least two teams by that name, who said only that he had way too many places to be these days and couldn't take time to honor a request that he called "silly." "I'm not sure that I have anything to add to a site that talks about comic books," the Dark Knight said into a voice recorder after gassing one of our reporters into unconsciousness. "Maybe ask Booster Gold. I think there's a comic based on him." 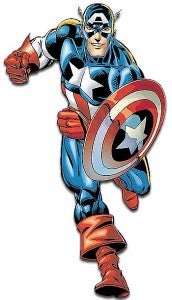 Cable, long a mainstay of the mutant community, said that he's looking forward to a year where he gets to spend a little more time with his family. "I hear I've got a...well, let's call him a twin brother...out there someplace," said Cable. "I'm looking forward to hearing what Nate has been up to lately." He also said that he intends to donate a substantial sum to charity in the coming months. "You would be shocked to know how much stuff you accumulate when you have this many pockets and pouches," Cable told ComicBook.com. "I'm planning on going through them the first chance I get and donating anything in them that isn't sentimental or potentially deadly to the Salvation Army, where I occasionally play Santa." "I'm going to kick Cable's ass and take his lunch money out of those stupid pouches," said Captain America, who has recently had some bad blood with the futuristic mutant. "Also, I'm working diligently on what I think is the most necessary task in America today: Saving Community from cancellation. Six seasons and a movie, guys!"

What Are Your Favorite Comics Characters' New Years Resolutions?