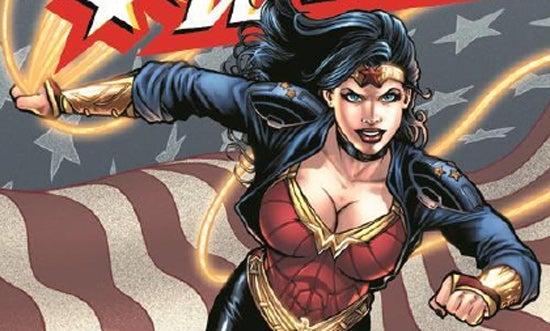 is reporting that "Amazon," the proposed Wonder Woman prequel series, is no longer being developed by the CW. The project was originally helmed by Allan Heinberg, who has some Wonder Woman comics under his belt, but then was redeveloped in May by Alon Eli Coleite, a former writer on "Heroes." The series was to tell the story of Diana of Themyscira, Wonder Woman's alter ego before she took on the role of a superhero. The news came from CW president Mark Pedowitz speaking at the Television Critics Associations winter press tour. While "Amazon" is no longer in development, he didn't rule out the possibility of another Wonder Woman project being developed in the future. "It all depends on the script. We were very careful with Arrow and we're being very careful with Flash," Pedowitz said. "These are iconic characters so we're going to be very careful with Wonder Woman. You only get one shot before you get bit." The project sounds like it would have been for Wonder Woman what "Smallville" was for Superman and what "Gotham" is going to try to be for Batman. With the success of "Arrow" and the upcoming "Flash" series on the network, perhaps a new Wonder Woman project existing in the same universe as those shows could receive a backdoor pilot?

Wonder Woman Prequel Amazon No Longer In Development At The CW