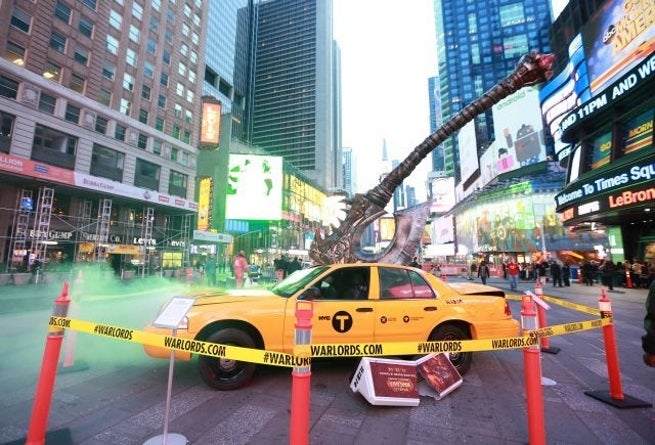 Blizzard is promoting their next World of Warcraft expansion, Warlords of Draenor, by dropping a giant axe on top of a taxi in New York City's Times Square (via GamenGuide).

The axe is a full scale replica of Gorehowl, which was belonged to Grom Hellscream of the Warsong Clan, and is now in the possession of Grom's son, Garrosh Hellscream. It can be acquired in game by defeating Prince Malchezaar, the raid boss located at the top of Karazhan. 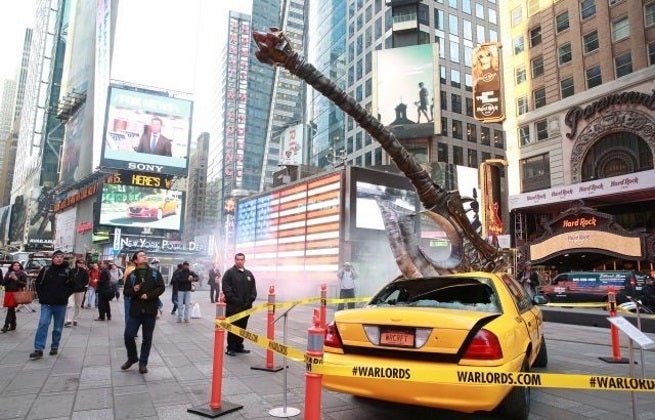 As you might notice in the photos, the "police tape" is branded with the Warlords of Draenor website URL, making it clear that his is not an actual crime scene (hopefully).

World Of Warcraft's Warlords Of Draenor Lands In Times Square