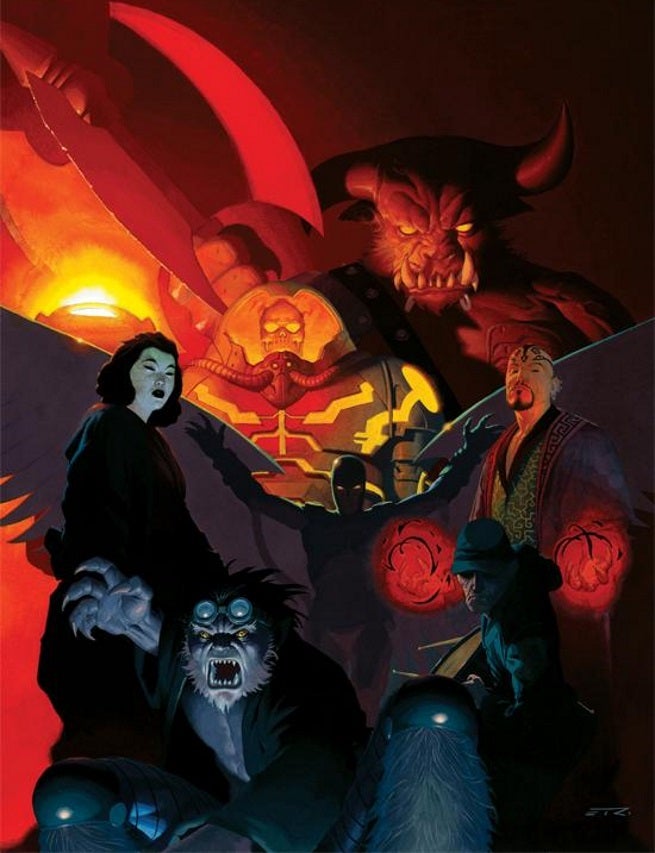 A new report suggests that fans may be misinformed about the title of the next X-Men film.

ShowBiz411 reports that a casting call for the next X-Men film refers to it by the title X-Men: Akkaba. Akkaba would be a reference to Clan Akkaba, the cult of mutants that worship and follow Apocalypse, of which the Four Horsemen are the foremost members, specifically Death.

The report also says that the casting call is for three 18-year-old actors to play 16-year-old characters. His wording is confusing, but either the characters or the actors are named Ava, Dylan, and Sabrina. If they’re character names, then they don’t ring any bells and I would place them as the names of whoever gets turned into War, Famine, and Pestilence in the film. If they’re actor names, then perhaps they are the new actors set to play Jean Grey, Scott Summers, and Ororo Munroe.

The report doesn’t offer up any kind link or physical evidence to examine here, so we’re taking his word. There’s a lot to question here. The original assumption of the next films name came from a tweet by Bryan Singer that simply read “X-Men Apocalypse.” But since then, the title has been used frequently in interviews, with the filmmakers even explaining that they neglected to call it Age of Apocalypse – after the popular X-Men comic book event – because they wanted to avoid seeming like they were imitating Avengers: Age of Ultron or Transformers: Age of Extinction. Even more recently, we interviewed writer/producer Simon Kinberg, and he referred to the film as X-Men: Apocalypse without hesitation.

It also seems a little strange that Fox would chose to give this huge blockbuster film such an obscure, made up, and meaningless word, that would only be recognizable to pretty hardcore X-Men fans, as a subtitle, as opposed to Apocalypse, which has the benefit of being the name of the primary villain, and doubling as a signifier of the potential threat he poses. Also, it just sounds like the title of a summer blockbuster.