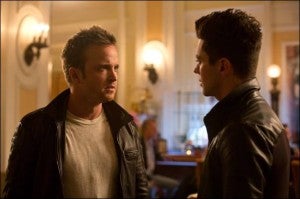 This ain't The Fast & the Furious. Aaron Paul, coming off a six-year run as Jesse Pinkman in AMC's Breaking Bad, appears in the new teaser trailer for the video game adaptation Need for Speed--and while the obvious instinct is to assume that the car-chase movie is just building on the massive success of the Fast & Furious franchise...well, the two look very dissimilar. Due out in March 2014, Need For Speed's first trailer is understated, featuring moody voice-overs, quiet emotion and classical music. Check it out below.