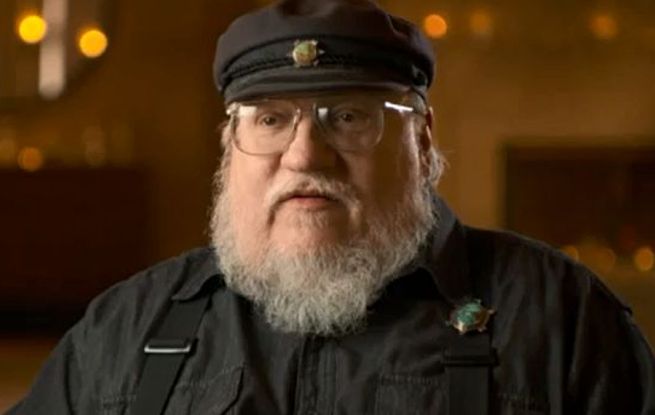 A Song of Ice and Fire author George R.R. Martin has earned a reputation for being a particular deadly writer, when it comes to his characters. It turns out Martin may have met his betters in that department in D.B. Weiss and David Benioff, the creators and showrunners of Game of Thrones, the television adaptation of Martin's fantasy series. Martin made a surprise appearance at Saturday night's Writers Guild West Awards, and warned fans that Weiss and Benioff were planning to up the death toll in Game of Thrones Season 5 from what it was in Martin's books.

"People are going to die who don't die in the books, so even the book readers will be unhappy," Martin said. "So everybody better be on their toes. David and D.B. are even bloodier than I am."

Game of Thrones Season 5 will be an interesting one for fans of Martin's original series, as the television adaptation has begun to catch up with the book series. Fans will be left to wonder what a death of a character on screen who is still alive in the books will mean for that character once Martin's final two books in the series are released.

Speaking of those final two books, Martin tells ShowBiz411 that he's planning that he's still got two books left to write, but how many seasons of television that translates into is up to Benioff, Weiss, and HBO.

"This is the fifth season, the sixth season HBO picked up last year. We will have a 7th, 8th or 9th, no one knows. They only renew one or two seasons at a time. After we do season 6, maybe we'll get a renewal for 7th and 8th. That all depends, Television is a very changeable medium.

"Yeah, it's the hottest show on TV now, but will it be the hottest show on TV two years from now? Hot shows come and go and television changes, and I've lived through that before. I certainly hope that we get to tell the entire story. Because whatever happens with the show I'm going to finish the books, it will be seven books. But each of these books are 1500 pages long and they each have enough material in them for several seasons. I have two more books, the one I'm writing right now, The Winds Of Winter, and after that the last book, The Dream of Spring, so those will be the two final books. But we're talking 3000 pages of material. How many seasons that translates too? That's up to D.B. And David."

Game Of Thrones: George R.R. Martin Says People Are Going To Die Who Don't Die In The Books