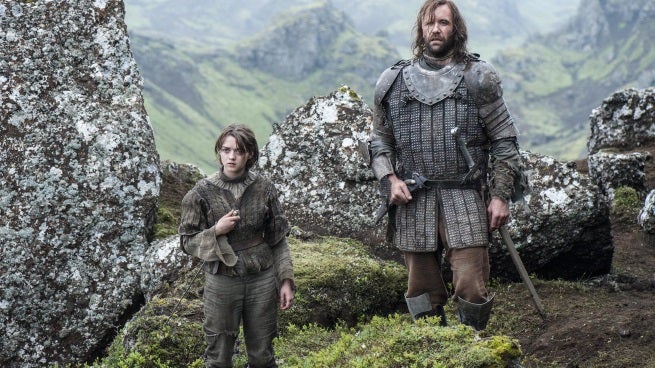 IMAX has released a new featurette for Game of Thrones, which today becomes the first television series ever shown in IMAX theaters.

The featurette has Executive Producers David Benioff and D.B. Weiss discussing the experience of seeing the final two episodes of Game of Thrones' fourth season, "The Watchers on the Wall" and "The Children," in IMAX. According to the producers, both episodes were remixed for the event, in order to take advantage of everything, visually and audibly, that the IMAX format is capable of.

See the featurette below:

Game of Thrones will run in IMAX theaters from January 29 through February 5.

Game of Thrones returns for its fifth season on HBO on April 12.