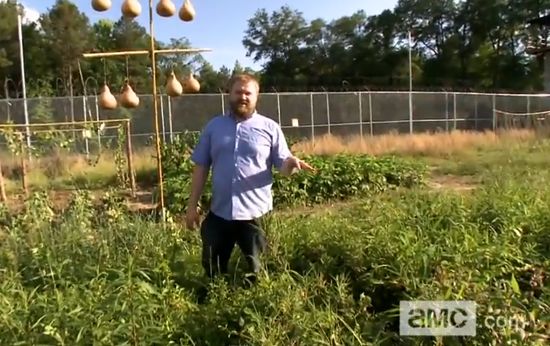 As part of his still-ongoing Reddit AMA, The Walking Dead creator, writer and Executive Producer Robert Kirkman told fans that while he enjoys straying from the comics as it gives him something new to work on, they will never completely abandon the comics as source material. Radical changes, then, seem unlikely -- but he's happy with everything they've done on TV so far. Well, almost everything. There is one little thing from Season One he's not crazy about. 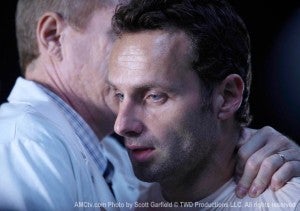 "We'll only see what's going on if the characters we're following go there. So we'd never randomly cut to Canada or anywhere, randomly. So it's likely we're not going to see most of the world," Kirkman said. "I thought revealing what was going in FRANCE during the CDC storyline wasn't the best idea. Mostly I'm really happy with everything." Specifically addressing whether changes bother him or not, he said, "No way! I love the differences to the show and those are the things that excite me the most about working on the show. It makes it something new for me to work on instead of the same old same old of working on the comic stories again. So... I begrudge none of them." ...but that doesn't mean that they'll intentionally steer away from the comics. Asked for a confirmation or denial that they plan to steel wildly away from the comics in the coming season of the TV series, Kirkman said, "BIG denial. We will never completely abandon the comic as source material on the TV show. There's already another 4 seasons of material at least, in the comics always doing new material." That stands to reason, of course, since recent episodes of the show have been more true to the comics than just about anything in the first three seasons. One thing that will almost certainly have to be changed, though, is Negan's profanity-laden speech pattern. When the character does come on TV, how do they plan on dealing with that? "We've got time to figure that out. Scott Gimple is a genius and I think we'll be able to make it work," Kirkman told fans. (Of course, Gimple is the third showrunner in four years, so maybe don't take too long to figure that out...) "There honestly haven't been any moments that had to be cut from scripts or edited out of the show due to content," Kirkman said more generally about the show. "AMC is pretty great when it comes to that stuff. There are clearly limitations. We can't use "F--K" for instance or show nudity or things like that. Be we know that going in, and I think as evidenced by the most recent episode there's nothing stopping us from getting as dark as the comic series is at times."

The Walking Dead Creator Robert Kirkman on Changes to the Comic, and What's Up in the Rest of the World