The fifth series of Walking Dead Minimates is on its way, based on Robert Kirkman's hit comic series. Toys R Us will get an exclusive assortment of figures, featuring new characters and zombies. The Toys R Us assortment will consist of four two-packs, available in the spring:

Each Minimate is 2 inches tall with a variety of interchangeable parts and accessories, including weapons for the humans and rotting body parts for the zombies. The assortment coming to comic shops and specialty stores includes:

Both sets will arrive Spring 2014 and can be pre-ordered at comic shops and through online retailers. 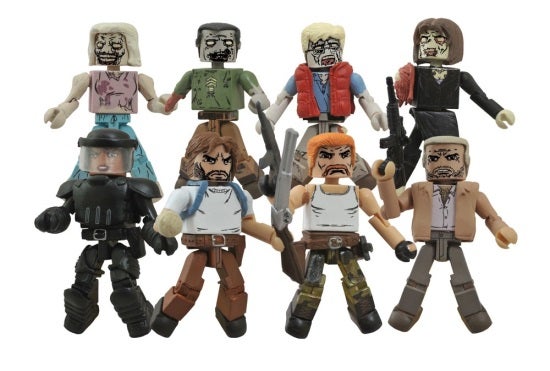 The Walking Dead Minimates Series 5 On The Way