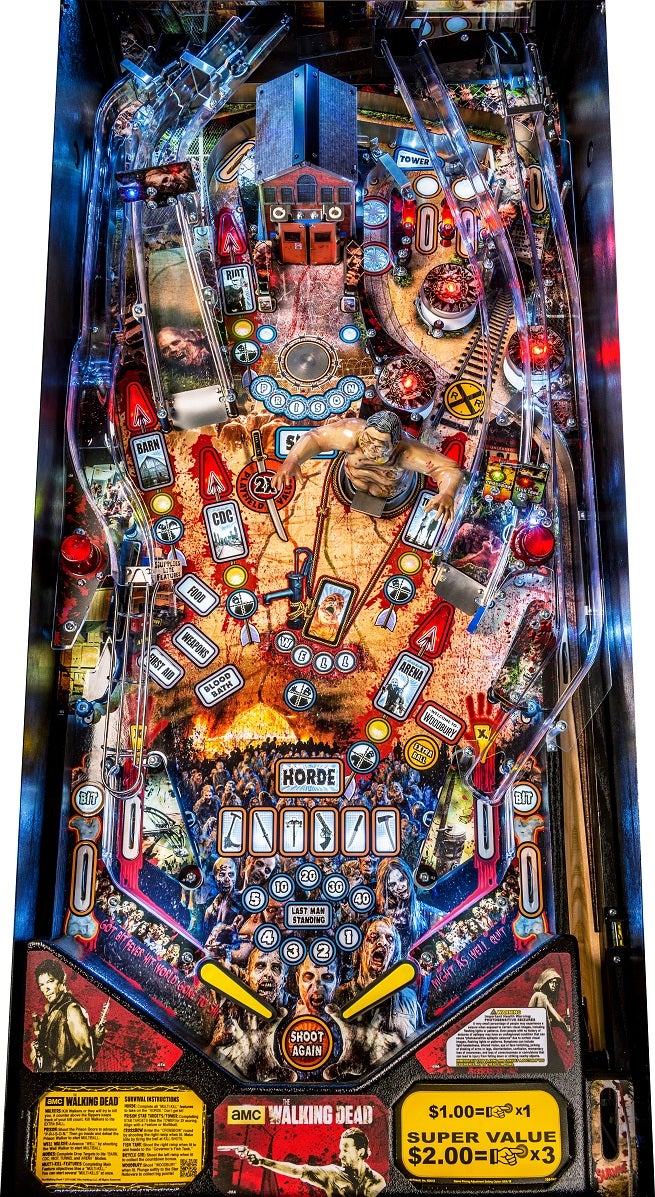 Stern Pinball, Inc., the world's oldest and largest producer of arcade-quality pinball games, announced this week that they will make Pro and Limited Edition models of AMC's The Walking Dead pinball machine available to the public.

"The Walking Dead story has captured the intrigue of audiences for years – from the popular comic books to the hit TV series. We are thrilled to serve such a passionate fan base and to bring this game to pinball fans," said Gary Stern, Chairman and CEO of Stern Pinball.

Players fight to survive the zombie apocalypse alongside series icon, Sheriff Rick Grimes, by battling zombies and completing various game missions. The game includes multiple zombie toys for adrenalin-filled zombie battles at familiar locations from the show such as the Prison and Cell Block C.

The Limited Edition (LE) version of the game offers unique special effects such as a fish tank with illuminated sculpted zombie heads and a motorized crossbow assembly that allows players to launch the ball anywhere in the game. The LE mirrored back glass with exclusive art adds to the dynamic pinball experience.