This Sunday marks the beginning of the end, as AMC premieres Fear The Walking Dead, The Walking Dead companion series promising to expose what happened when the world fell apart.

For a long time, AMC spilled little on what to expect from the upcoming series. But some details on how we'll experience the end of the world and its players have slipped through the cracks.

Let's prepare for Fear The Walking Dead's series premiere by taking a look at everything we know about the show so far.

Fear takes place on the Left Coast, specifically Los Angeles, California. The Los Angeles location brings up a few notable differences. First of all, there's way more people. California is a much more densely populated place than the southeast and namely, Georgia. And there are very different people comprising said population. Southern hospitality will be exchanged for the southern Cal lifestyle.

The L.A. setting also means less (or no) hiding in the woods. Have you ever flown into LAX? The only things you can see are houses, roads, and a beach. No forests. Maybe some mountains, but how much good would it do you to be trapped on top of a hot mountain?

As for the timing,  Fear The Walking Dead will begin while Rick Grimes is in a coma. The first season will span over the course of a few weeks, beginning right before the first zombie infection, and ending almost at when Rick would be waking up in his Georgia hospital bed.

Fear The Walking Dead is truly the beginning of the end. In episode one, we get to meet Patient Zero - the very first zombie.

Is Lexi Johnson, who plays Gloria, truly responsible for the apocalypse? Will she finally tell us where the virus came from No. But it is still exciting to meet zombie numero uno.

Fear The Walking Dead is a very character-driven tale, despite the zombie and apocalyptic action being promoted to draw viewers in.

So, let's meet those characters. 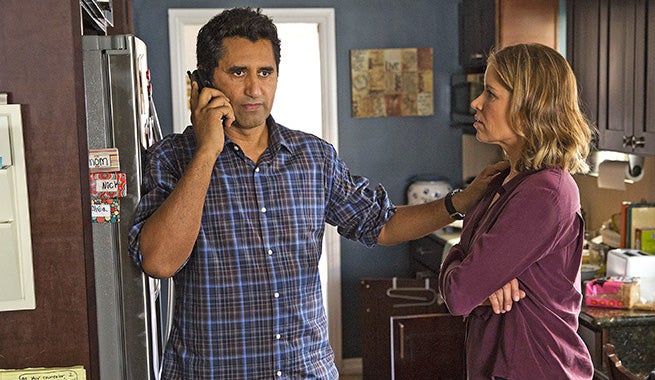 Between each of Fear's characters are very dynamic relationships. Travis and Madison are a happy couple, madly in love, trying their hardest to make a blended family work. Unlike The Walking Dead, which focused on infidelity in it's first few seasons, Fear The Walking Dead will follow a faithful couple that's fully dedicated to one another.

But Travis and Madison aren't the only couple that Fear will hone in on. The parental relationships between Travis and Chris, and Madison, Alicia, and Nick, will also be at the forefront, building drama aside from the need to survive. The brother and sister duo of Nick and Alicia will also be tested.

Then, there is Ofelia and her family. While talking to Mercedes Mason, who plays Ofelia Salazar, we learned that Ofelia will struggle with trust issues and revelation. She will discover that "everything she has known is a lie." It seems to stem from her parents, Daniel and Griselda. 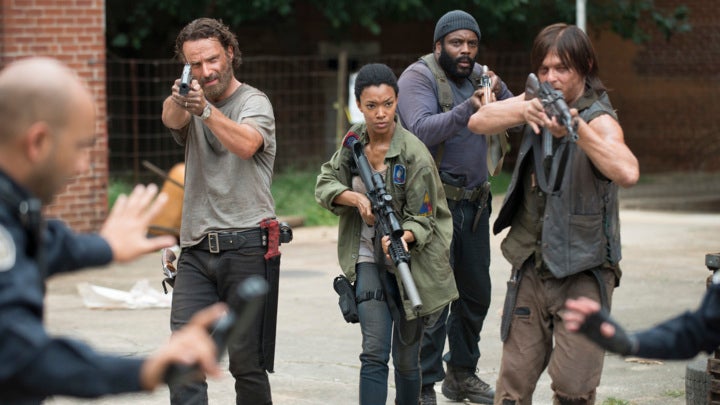 This means everything The Walking Dead taught us about the zombie outbreak, and the rules on zombies, applies to Fear The Walking Dead. That means if someone dies from anything but a battering of their brain, they will walk again and try to chow down on some human flesh.

Fear The Walking Dead premieres this Sunday, August 23, at 9 PM EDT on AMC.

Fear The Walking Dead: Everything We Know So Far