If you are a fan of Attack on Titan, then it is time you rejoiced. Well, mostly. In a recent report from Deadline, it has been revealed that Warner Bros. is looking to make the show into a live-action film by producer David Heyman.

UP NEXT: Attack On Titan Season 2 Official Teaser Trailer Released

Not long ago, the site published an exclusive article which reported that Warner Bros. was negotiating to get rights for the Japanese franchise. Created by Hajime Isayama, Attack on Titan already has two live-action films which were made in Japan. The wildly popular franchise stands as one of the medium's most popular titles, and fans have long wondered whether Attack on Titan would make it to Hollywood one day.

Right now, it seems that there is one Hollywood heavy-weight attached to the project. Producer David Heyman is being sought after for the film, and audiences will know him best for working on Fantastic Beasts and Where to Find Them and the Harry Potter franchise. In fact, the producer is the one who secured rights to the British series, so fans are cautiously optimistic that Heyman will succeed in this new endeavor. 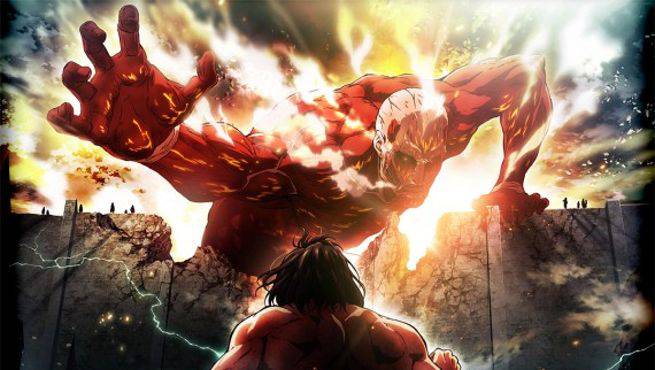 If you are not familiar with Attack on Titan, then you should know the popular anime is renowned for its intense action and gritty storylines. The anime follows a boy named Eren Yeager in an alternate world overrun by massive creatures known as Titans. These mindless beasts have all but wiped out humanity, and mankind is left to cower in fear behind massive walls. When their sanctum is infiltrated by a slew of Titans, Eren and his friends Armin and Mikasa join the military to help eradicate the blood-thirty monsters. But, as they grow older, they learn that the beasts are not what they appear as long-held government conspiracies make themselves known.

Attack on Titan Season 2 will debut in April 2017.

Attack on TitanSunday at on Funimation

Anime's Best Live-Action Films: How and Where to Start