Netflix's Death Note Movie is getting a big reaction from fans of the original manga/anime, and needless to say, it's not all good. However, more so than the opinion of the fans, the opinion of Death Note's creators are going to hold the most weight. So what do they have to say about Netflix's film?

It may surprise some fans to learn that Death Note's creators actually like the Netflix movie - specifically for its change in approach to the lore. Anime News Network pulled together commentary from Death Note creators Tsugumi Ohba and Takeshi Obata, which you can check out below.

Ohba is quoted as saying:

"It was more interesting than I expected. Every bit of it is high quality and very fashionable, it's definitely Hollywood's Death Note. I think a wide range of people can enjoy this movie, not just fans, because there are parts that follow the original work but also changes, too."

Obata apparently sees the opportunity for Death Note to reach (literal) new shores of fans, thanks to this new interpretation:

"I hope that people overseas who did not know Death Note until now can enjoy watching it on Netflix. Adam Wingard 's visual beauty and thrilling directorial are splendid, and create a class 'A' thriller. This is the kind of the Death Note I'd like to draw as well."

"At the end of the day, there are a lot of places to explore where to take Light. And ultimately the series is sort of about almost his downfall as a character. This is sort of the beginning of it or the origin of it. There are definitely lots of places to go, and we know generally where we would take it. Hopefully people will watch it and Netflix will order a sequel. They definitely are ready to. They just need people to watch it."

As the film's popularity has continued to grow, Wingard added the following: "Just had a great call with Netflix about the weekend that made my day. Thank you for watching!"

Sounds like the Death Note creators were right: The franchise's expansion into the mainstream seems to be more rewarding than simply pleasing the already established manga/anime fans. Don't be surprised if a Death Note 2 announcement follows soon.

Death Note is currently streaming on Netflix. Below you can find Obata's original artwork for the Death Note Netflix movie. 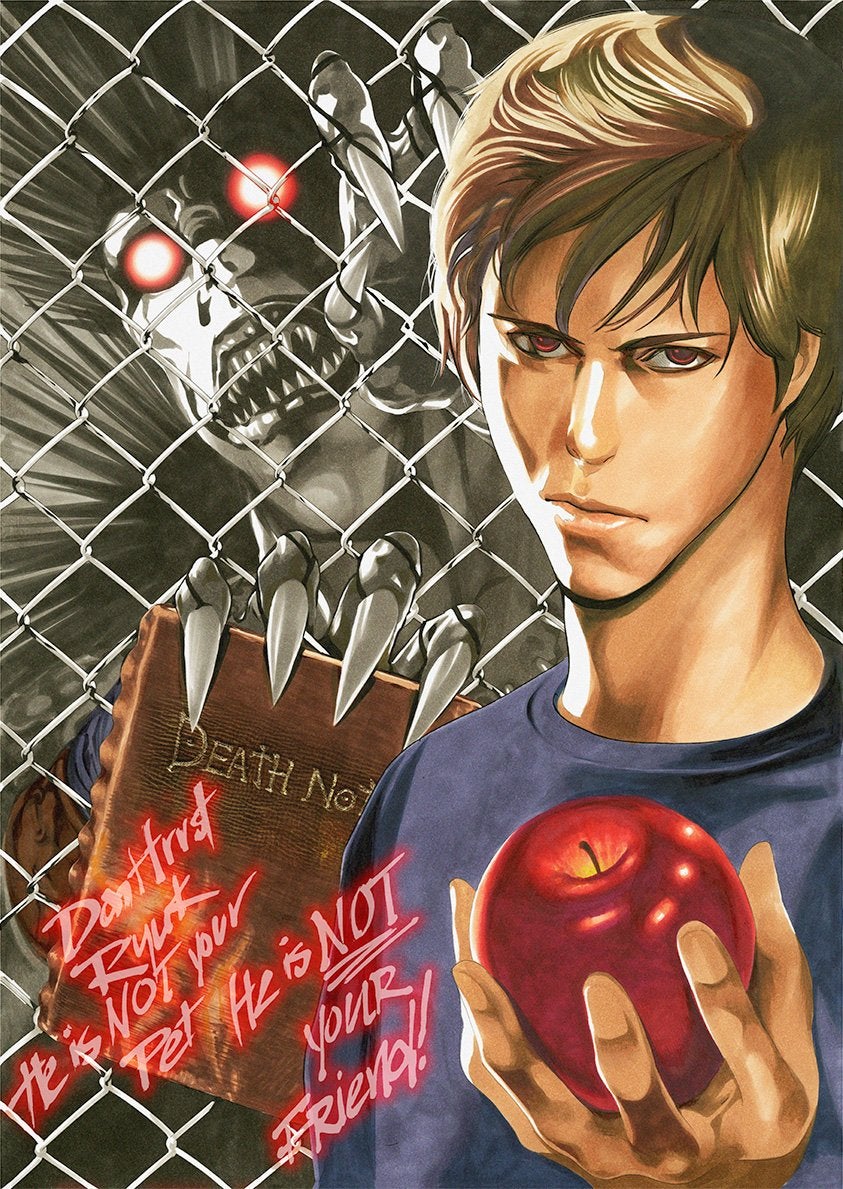 Haikyuu Fans Are Getting Desperate for Season 5