It looks like Cyborg is fully loaded and ready for action! Not long ago, Justice League made yet another teaser drop with the cybernetic character - and it does not disappoint. The short clip shows the DC Comics icon gearing up for battle alongside the likes of Batman and Wonder Woman. And, now, fans can get a closer look at the hero that ever before.

Over on Twitter, a character poster for Cyborg has just dropped thanks to actor Ray Fisher. You can out the poster in the Photo Gallery!

Justice League is hitting theaters November 17, while the Wonder Woman solo film will premiere June 2. After checking out the posters in our gallery, make sure you leave your vote for the Justice League in our Anticipation Rankings below.

In Justice League, fueled by his restored faith in humanity and inspired by Superman’s selfless act, Bruce Wayne enlists the help of his newfound ally, Diana Prince, to face an even greater enemy. Together, Batman and Wonder Woman work quickly to find and recruit a team of metahumans to stand against this newly awakened threat. But despite the formation of this unprecedented league of heroes—Batman, Wonder Woman, Aquaman, Cyborg and The Flash—it may already be too late to save the planet from an assault of catastrophic proportions. 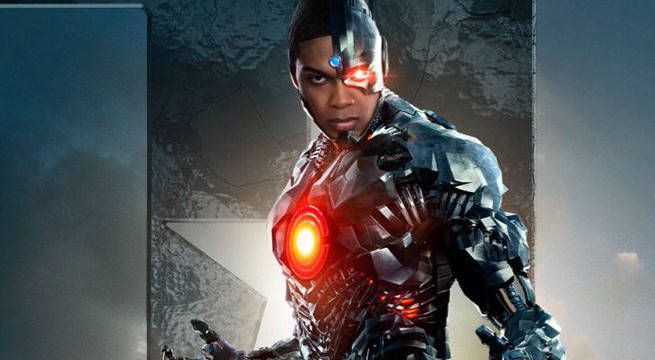 Justice League hits theaters on November 17, 2017, while The Batman lands sometime in 2018.

Here's What Karen Gillan Could Look Like as Batgirl